Axolotls are on the brink of extinction. Yet they are at the top of Christmas wish lists this year. 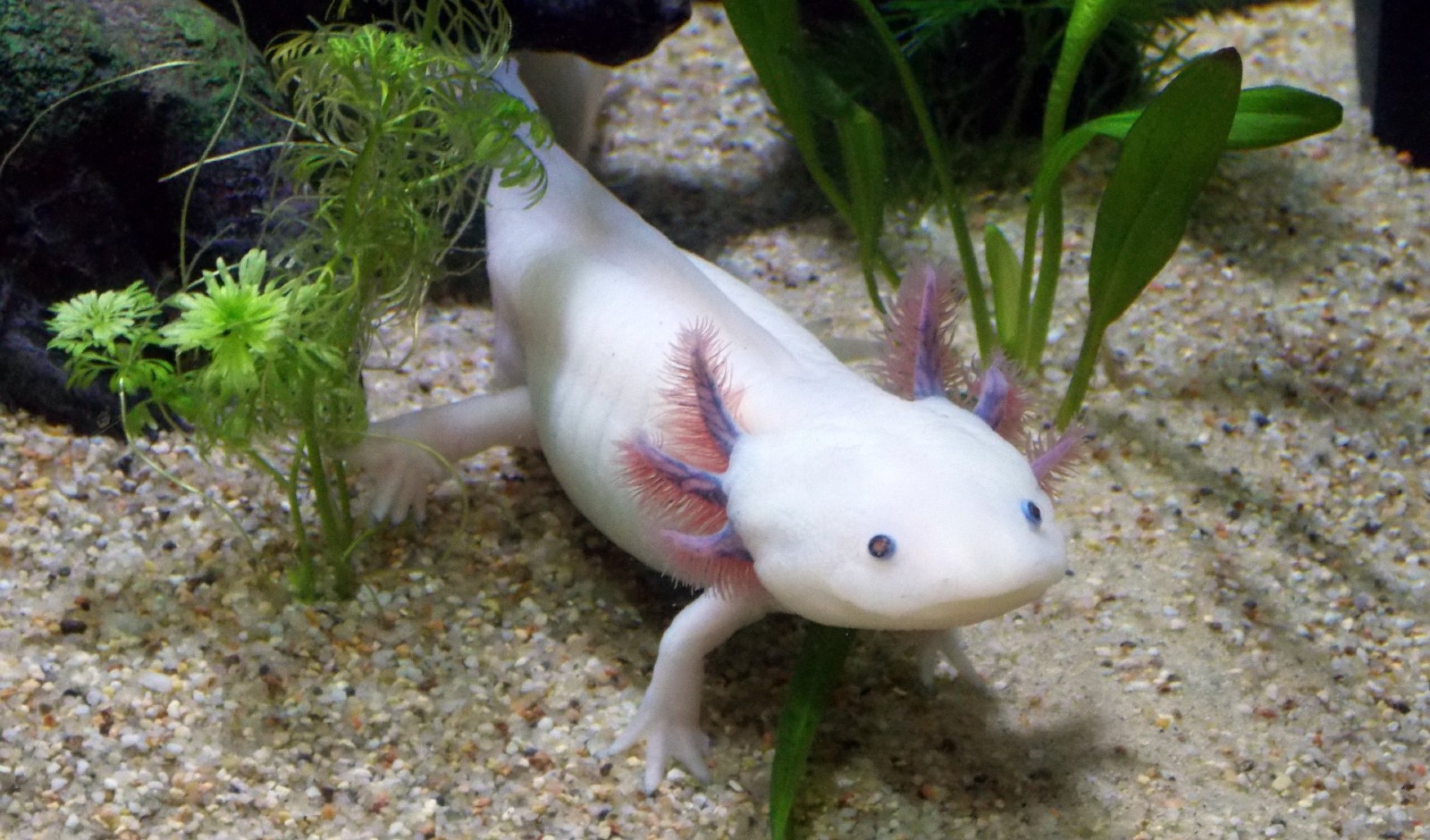 The popularity of axolotls as pets has increased significantly around the world following the introduction of axolotl characters in the video game Minecraft. According to the website ‘All About Cats’, axolotls are currently the second most in demand pet in the US, surpassing cats, and a recent Mirror article suggests similar demand appears to be building in the UK.

Axolotls are amphibians that are native to a few water channels and lakes in Mexico’s Central Valley. Living up to 15 years, axolotls are related to salamanders, but unlike their relatives they are neotenous, meaning that they retain their juvenile characteristics once they become an adult. As a result, they have the ability to regenerate many of their body parts throughout their lives, including their spinal cord, limbs and internal organs such as the brain. They also have external gills, which protrude from their head as feathery branches.

Although axolotls have these fascinating features, Born Free believes that they are not suitable pets and their welfare needs cannot be met in captivity.

As highlighted in our recent report ‘The Exotic Pet-Demic’, the demand for exotic pets can be influenced by the portrayal of animals in the media and popular culture. For example, the demand for terrapins increased following the release of the film Teenage Mutant Turtles, and clown fish trade increased by 40% when Finding Nemo was released. As with any pet ‘craze’, there are now fears of a sharp increase in abandoned axolotls, especially given how difficult they are to care for as the species has very specific requirements regarding diet, temperature, lighting and water flow. As an aquatic species they should not be handled which may also result in children losing interest very quickly. The risk of considerable suffering is clear for those animals who are abandoned, but there are also serious welfare concerns for those that continue to be kept as pets.

The International Union for Conservation of Nature (IUCN) has categorised axolotls as Critically Endangered in the wild. Their Mexican habitat has recently been subject to fragmentation, pollution and the introduction of invasive species such as tilapia and carp, bringing axolotls to the brink of extinction.

Breeding axolotls for the international pet trade is not an effective or recognised conservation measure. Captive-bred populations are thought to be highly inbred, making them vulnerable to diseases and unsuitable for release into the wild. Captive colonies could also introduce diseases and genetic problems to the wild species. Furthermore, axolotls which are commonly featured in the media and kept as pets have translucent white skin and pink gills, but wild populations are naturally dark brown. These white morphs, known as leucistic axolotls, would be particularly unlikely to survive in the wild as their colouration would make them easily visible to predators. There are many other captive-bred morphs, such as the golden albino axolotl, which would also be unable to survive in the wild for this reason.

If these fascinating creatures are to survive in the wild, the focus needs to be on habitat management and restoration. It is feared that the increase in demand for this species as a pet could see wild populations once again being targeted for the international pet trade, despite local protections, further increasing pressures on a species already on the brink of extinction.

Exotic pets are not commodities to be bought on a whim off the back of a film, TV show or video game release. We would urge anyone considering buying an axolotl or any exotic pet to reconsider. Born Free continues to lobby for the improvement of laws related to the trade and keeping of exotic pets in order to protect animal welfare, ease the pressure on populations of wild animals, and reduce the risks to animal and human health and that of the wider environment.

THE EXOTIC PET-DEMIC   TAKE ACTION: EXOTIC PETS IN THE UK