Celebrated actress and national treasure, Joanna Lumley OBE, is absolutely fabulous! She’s famed for her acting, but behind the scenes works closely with countless charities opposed to the exploitation of animals.

Joanna is Born Free’s Founder Patron and has worked with the charity since it was formed in 1984. Alongside the late Ronnie Corbett, she attended Born Free’s first fundraising event held in a London pub in 1984. It raised £50.

Since those humble beginnings, Joanna has attended many more events, and has travelled across the world to see Born Free’s projects in action. So why has she supported Born Free for so long?

“Because I believe in all that they stand for: respect and gentleness with animals, and steely opposition to all forms of cruelty and exploitation,” Joanna explains. “I loved our trip to Kenya [in 2002] to relocate six Rothschild giraffes to start a new breeding colony in a different part of the country.”

Virginia McKenna OBE, Born Free’s Co-Founder and Trustee, adds: “Joanna was Born Free’s first Patron in 1984. Her compassion for all living things has no boundaries. Her soul is as beautiful as her face.”

“There is always something you can do which makes life better for someone or something or someplace else,” she explains. “Sometimes it is so disappointing struggling on, and your spirits sink to zero when you hear of a new and hideous atrocity towards wild animals, indeed to any animals. But a change is in the air, both for better and for worse. Specious arguments will be paraded to show why it’s necessary to kill or capture or maim wild animals. Have none of it!”

“Great changes can suddenly happen,” Joanna adds. “Ivory and rhino horn may suddenly go out of fashion, animal parts will be seen to be the refuge of the charlatans and quacks, fake fur will suddenly be recognised as better than dead animals, and the terrible trade in live animals captured in the wild for human amusement might cease on the midnight hour. We have to be optimistic though, and never stop believing that we can change the world.”

Joanna’s unwavering commitment to the cause, and her sheer determination to carry on, makes her a true wildlife hero.

“With ice in our veins and fire in our hearts we shall never give up,” she promises. “The world belongs to all living things and we must speak for those who cannot speak for themselves.” 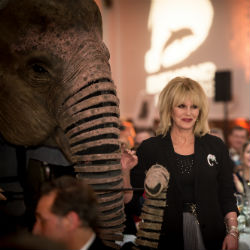 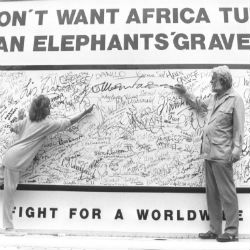 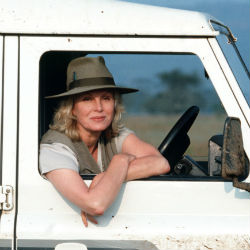