Endemic to the Ethiopian Highlands, Ethiopian wolves are the most endangered carnivores in Africa and one of the rarest canids on Earth. With fewer than 500 Ethiopian wolves left in the world, every single one counts!

Threatened by habitat loss due to agricultural farming and the spread of lethal diseases by domestic dogs, such as rabies, urgent efforts are needed to ensure the survival of this endangered species.

The Born Free-supported Ethiopian Wolf Conservation Programme (EWCP) is the only conservation initiative focusing on protecting the Ethiopian wolf and the fragile Afroalpine habitats where they live.

The Ethiopian wolves’ last remaining stronghold is in the Bale Mountains National Park, Ethiopia where over half their population is found, and where EWCP focuses their work.

Born Free has partnered with GlobalGiving to raise urgent funds throughout December for this vital project, please donate via the GlobalGiving website. 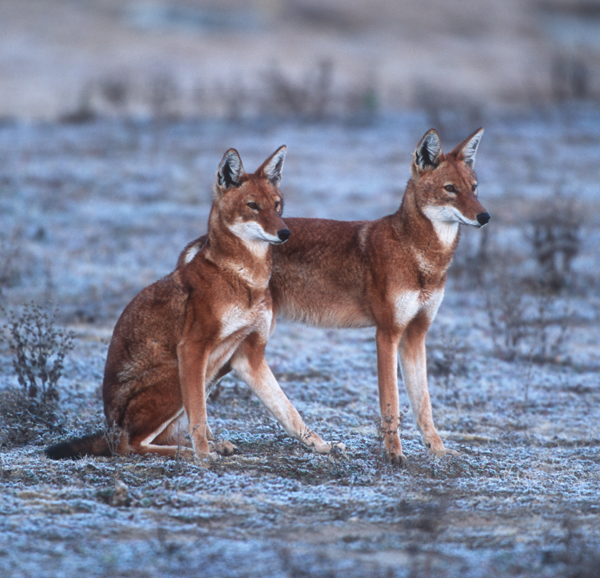 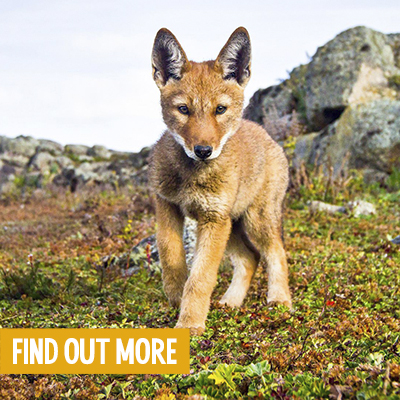 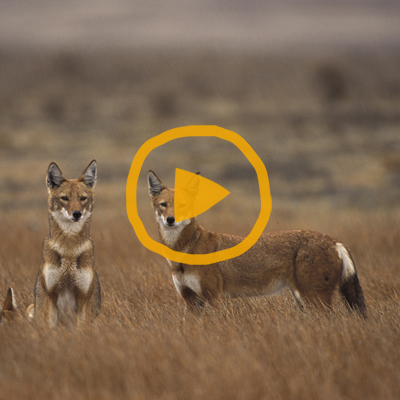 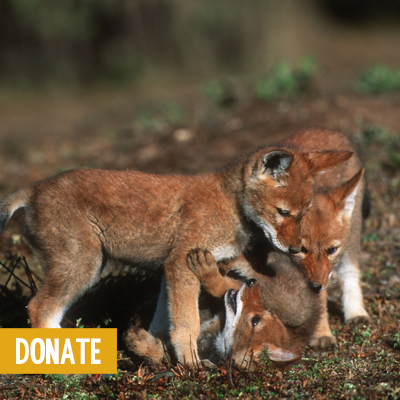 In 2020, the Ethiopian wolf experienced a baby boom! An incredible 48 puppies were born and new packs were seen in the Bale Mountains. This was particularly welcome news as Bale’s core populations had previously suffered significant losses due to outbreaks of both rabies and distemper.

In previous years, it was only possible to vaccinate wolves against rabies in response to outbreaks. Now, with an oral vaccine, wolves can be protected in advance. In 2020, 17 packs were orally vaccinated (up from seven the previous year), and four packs against canine distemper.

In Delanta in Ethiopia’s northern highlands, a brand new wolf family was discovered recolonising the hills. In November 2019, after an absence of almost three years, EWCP reported an adult wolf in the area, and in January 2020, discovered a healthy wolf pair with a litter of six puppies. The family, named Addis Tesfa, or New Hope in Amharic, are significant because they are bringing new life to an area where wolves had previously become extinct due to habitat loss.

It is hoped the new packs will persist and expand. Preventative vaccination campaigns will soon be extended outside of the Bale Mountains, giving more packs the protection against disease they desperately need, and taking a step closer to securing a future for the Ethiopian wolf. 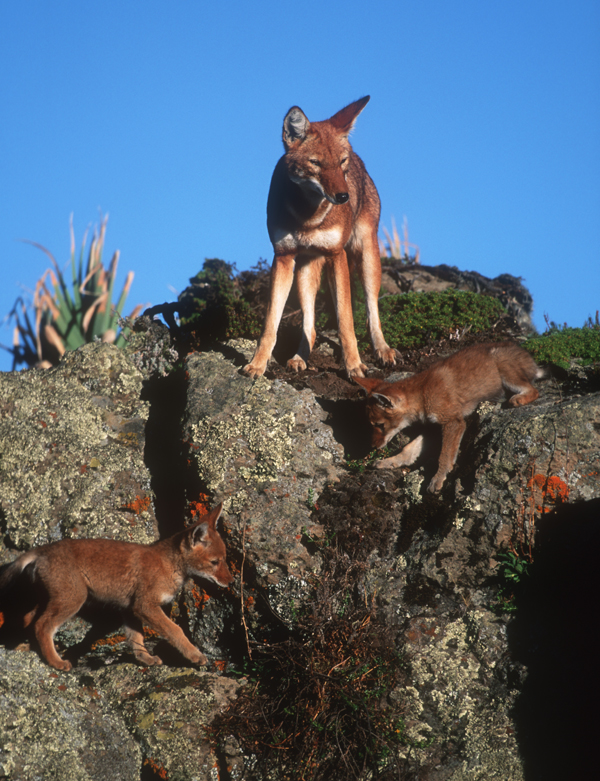 With your generous gift, we can: 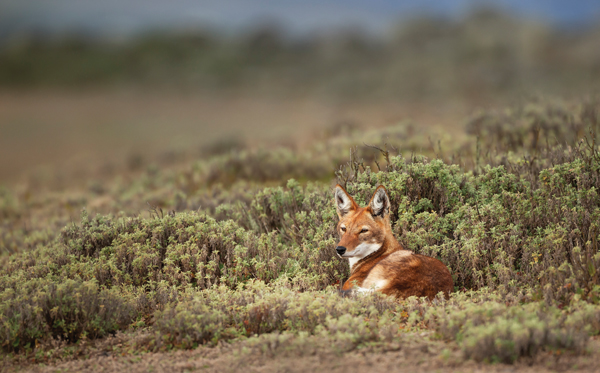