Two years ago, I stood on the edge of Nairobi National Park, in Kenya, and watched 105 tonnes of ivory burn. Eleven towering pyres of tusks from an estimated 10,000 elephants were ceremoniously torched to send a defiant message to the world that, as far as Kenya was concerned, elephants are worth more alive. And the world listened and understood.

I’ve seen ivory burned or destroyed before, but that twisted conflagration – seven times larger than any other – will stay with me forever. The thick acrid smoke. The scorching heat. The distinctive smell that permeated clothes and stung eyes. And the intense grief for the legions of elephants slaughtered to feed human greed.

Elephants are in crisis. A century ago there were an estimated five million elephants in Africa. Today, there are less than half a million. On average, at least 55 elephants are killed by poachers every day for their tusks. That’s about one every 25 minutes.

Many experts have predicted that, unless poaching can be effectively addressed, elephants could all but disappear from many of Africa’s wild places in the coming decades. Born Free simply cannot, and will not, let that happen.

We have been campaigning for a global ban on the trade in ivory since 1989. Our field work means we have experienced first-hand the brutal aftermath of poaching and the pressures that elephants face. We carry out crucial work in Cameroon, Ethiopia and Kenya to support the monitoring and protection of wild elephant populations, gaining invaluable insights to their behaviour and undeniable intelligence. We also support anti-poaching patrols – the brave men and women on the frontline of wildlife law enforcement who put their lives at risk every day to protect these magnificent animals from poachers.

A world without elephants is simply unimaginable. Please help us continue our vital work to protect an icon of the African landscape. 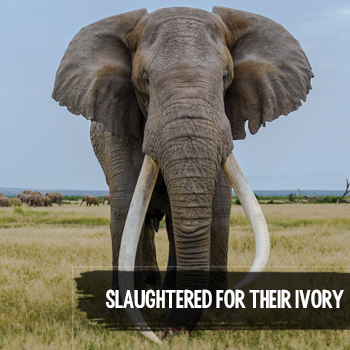 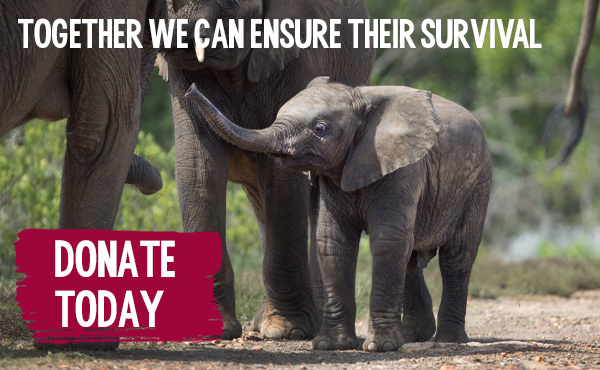 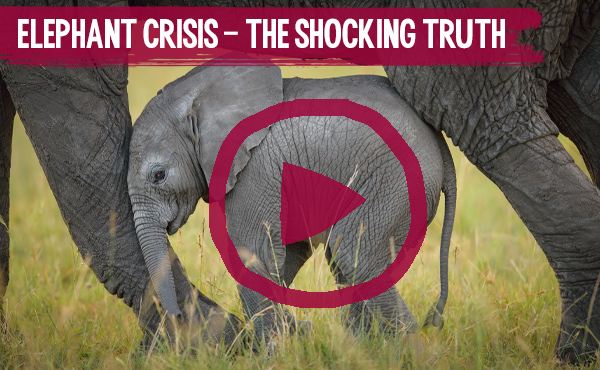 Why the world needs elephants

Poachers butcher elephants with only one thing in mind - the amount of money they can get for their ivory. But African elephants are valuable in so many other ways: culturally, aesthetically, and as a keystone species that plays a crucial role in maintaining diverse and varied ecosystems. Known as ‘gardeners of the forest’, elephants disperse plant species by depositing undigested seeds in their dung, and modify landscapes by uprooting trees and digging for water during the dry season. These natural foraging behaviours help other animals survive in harsh environmental conditions.

Elephants are also sentient creatures. They live in closeknit family groups, caring for and protecting their young. And, just like humans, they mourn the loss of their family members. Callous poachers kill adult elephants for their tusks, often leaving distraught orphaned elephants behind. The lucky ones may be rescued – the majority almost certainly perish. 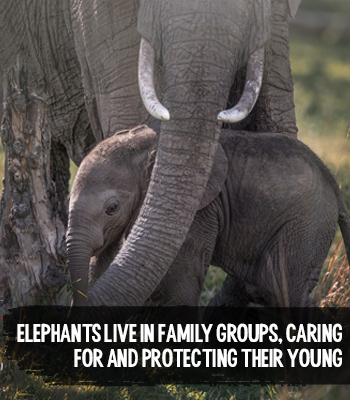 It’s not too late to save Africa’s elephants

We urgently need funds for our life-saving work.
With your help we will strive to: 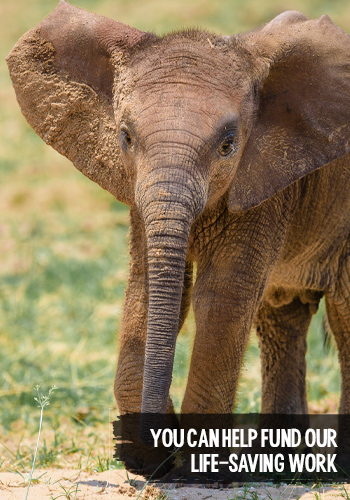