Will Travers OBE, Born Free’s Executive President & Co-Founder, reflects on his family’s personal connection with Meru and why Born Free will continue to keep the spirit of Elsa the lioness burning brightly 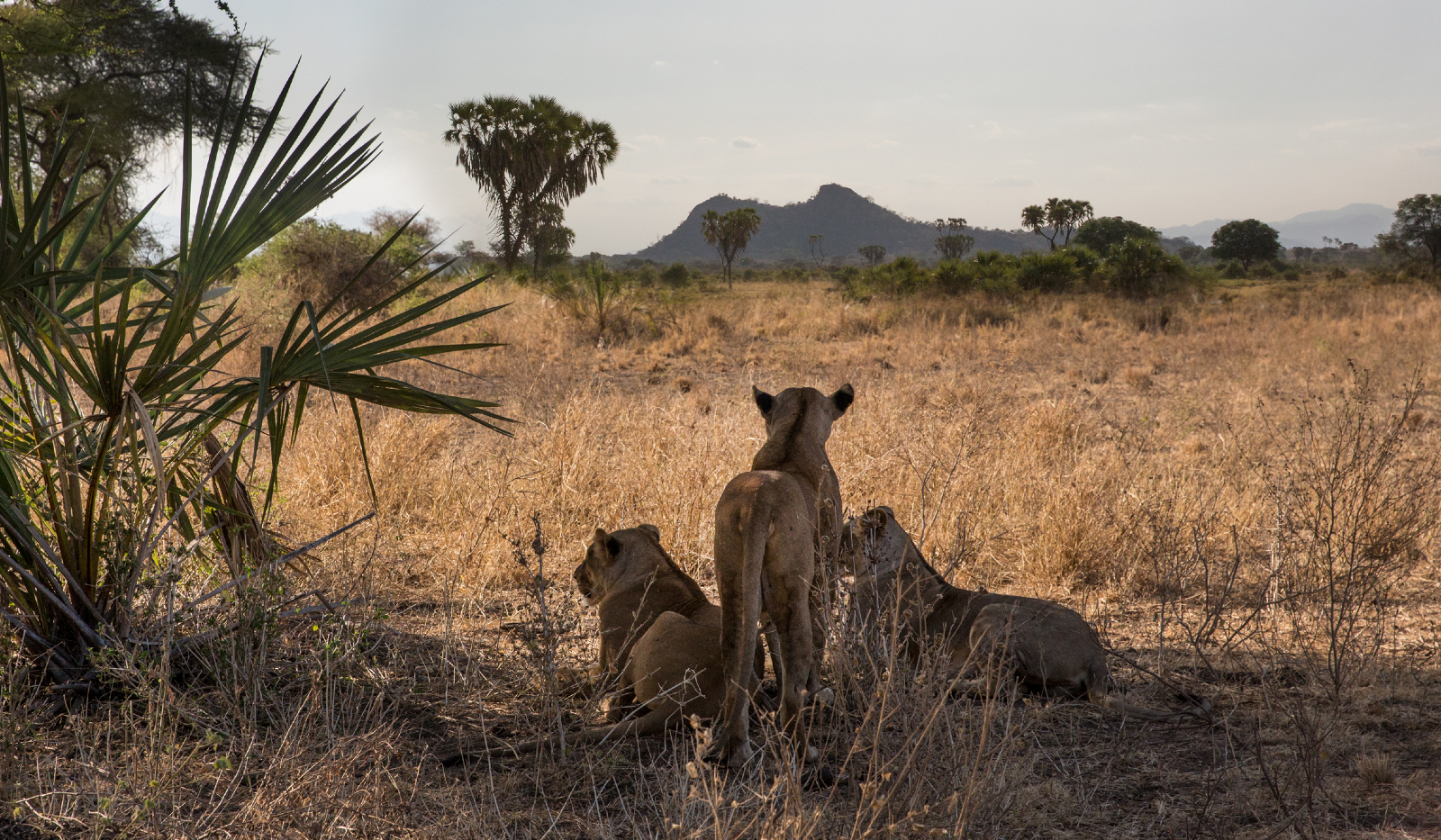 When the filming of Born Free was completed in 1965, mum and dad took their three children, Louise, Justin and myself, on safari to Kenya. We had an amazing time – but we never went to Meru.

Mum was taken by Joy Adamson to Meru for a private trip – just the two of them – shortly after the cameras turned for the last time, but I did not go.

George Adamson’s lion rehabilitation operation, made famous by the film Christian the Lion, featured a lion cub from Harrods pet department, bought by two young Australians, Ace and John, and returned, via a four-month stay in our garden in Surrey, to a wild and free life in Kora National Reserve – close to Meru.

So, it was slightly late in the day that I discovered this magical, remote and wild place which lies at the heart of the Born Free legend.

It was in Meru that George and Joy Adamson rescued, reared and then released Elsa, the ‘lioness of two worlds’ (as Joy described her) back to the wild, where she went on to have three cubs before dying, at the age of just five, in George’s arms from a tick-borne disease.

And, it is Meru that has become a focal point for our significant and growing efforts to protect wild lions for future generations.

Meru National Park is now part of a network of protected areas that make up the Meru Conservation Area (MCA). To the east lies Kora, George’s old stomping ground for the last years of his life. Kora National Reserve was re-designated Kora National Park shortly after his murder there in August 1989. To the north lie Bisinadi and Rahole National Reserves, and to the south Mwingi National Reserve – in all, nearly 6,000km2 of wild bushland, ‘a sea of thorns’ as my dad used to say – and one of the largest clusters of protected areas in the whole of Kenya.

It used to be a wildlife stronghold – home to elephants, rhino, lions, leopard, cheetah, as well as the dry country specialists like kudu, gerenuk and oryx.

The poaching epidemic of the late 1970s and 1980s wiped out the rhino population completely and nearly all the elephants. Those were lawless days and the many visitors to Meru, people in search of the spirit of Elsa, dried to a trickle and then almost stopped.

But in the early 2000s the renaissance began. Kenya Wildlife Service, supported by the French government and the International Fund for Animal Welfare, rebuilt the infrastructure, opened up the roads and started to bring back lost species, including rhino. A few intrepid visitors also began to return, tempted by the glorious accommodation provided by the recently created Elsa’s Kopje lodge, opened by my mum and Dr Richard Leakey in 1999.

Outside of Meru, across almost all of Africa, a new species was under threat. The lion. Numbers in the 1960s, when the film Born Free was made, were estimated at more than 100,000. About 50 years later, the total was perhaps 30,000, and today there are maybe 20,000 wild lions living across the entire continent, with 2,000 living in Kenya.

Born Free’s Pride of Kenya exhibition, 50 life-size, individually-designed lion sculptures deployed on the streets of Nairobi and subsequently auctioned, launched in 2009, brought awareness and funds to try and address the looming threat. People were shocked. Just 2,000 lions in Kenya? How could that be? The thought that the lion, so prominent on Kenya’s national crest and synonymous with the country’s image of itself, could be sliding towards extinction was too much to bear.

A National Large Carnivore Strategy was created by Kenya Wildlife Service and organisations like Born Free, began to help address the threats confronted by lions in the face of massive land-use change, spurred by a human population that had grown by 400% in the last 50 years.

Today, Born Free operates two main lion projects in Kenya. In the south, around Amboseli National Park, our Pride of Amboseli team works with communities to protect livestock at night through the creation of 300 reinforced night-time corrals or bomas. These dramatically reduce the chance of lion predation and the resultant revenge attacks.

In the north, in Meru, our permanent team – The Pride of Meru –  carries out extensive monitoring of lions, getting to understand how many there are, where they live, their proximity to human communities, and what opportunities may exist to intervene to provide them with greater protection. We believe there are between 60 and 80 lions in Meru park itself and, as our work grows, we will be able to understand how many may exist right across the MCA – and what we need to do to protect them.

In my experience, nothing in conservation is quick, easy or cheap. But, Born Free has always played the long game. From the film in 1966, to the beginnings of the charity in 1984, the launch of Pride of Kenya in 2009, right up to the present day where our teams, working with KWS and other colleagues, strive to secure a future for wild lions. Born Free is committed to keeping the spirit of Elsa burning brightly. Her legacy – and our mission – is to ensure wild, open expanses of Africa, stretching out under a seemingly endless sky where wild lions continued to roam, long after I am gone.