The Orphan Bear Rescue Centre (OBRC), In Russia, Monitors The Bears Released Back To The Wild. 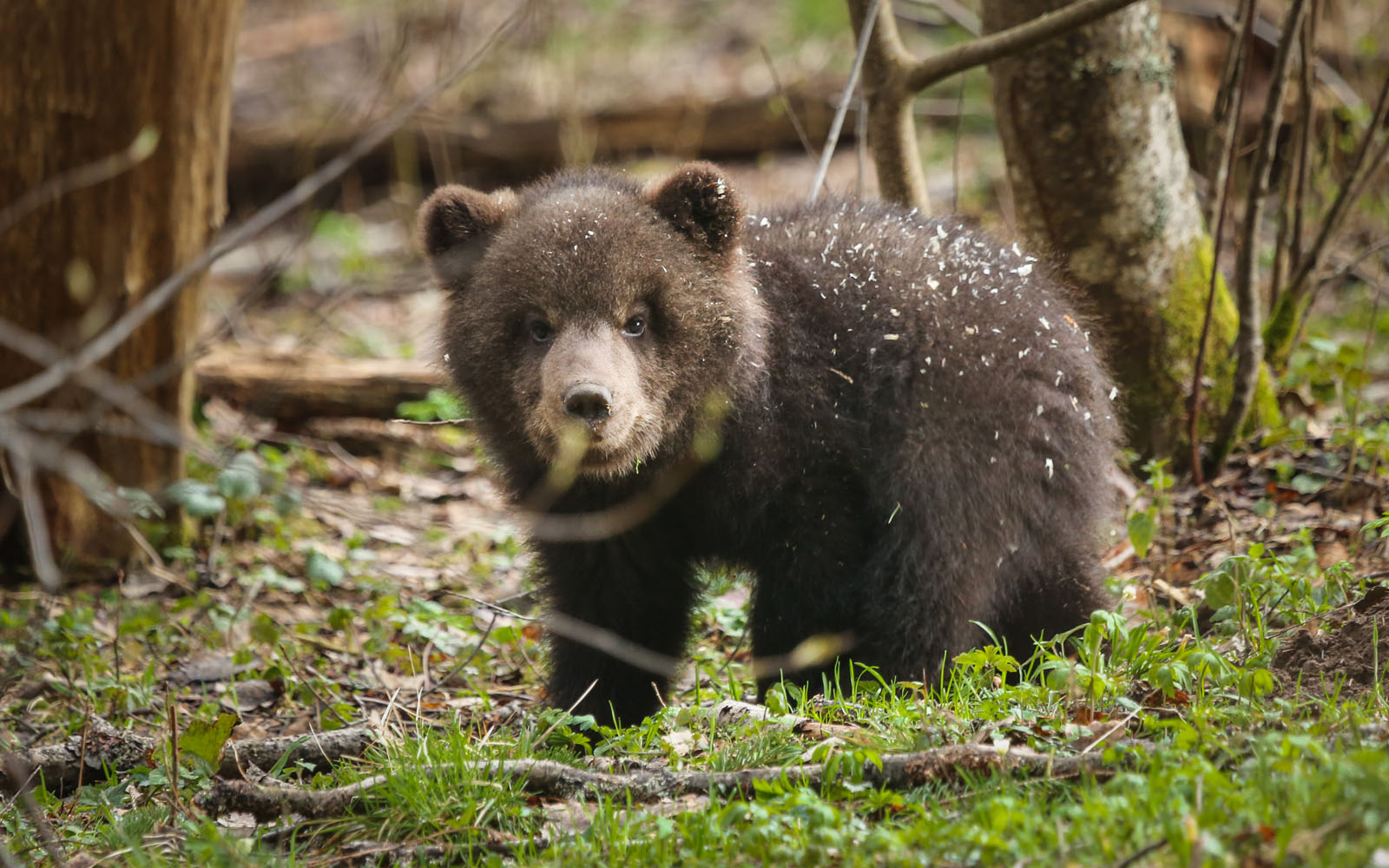 OBRC released six bear cubs back to the wild in autumn 2018 – Zhora, Zhenya, Pasha, Tolya, Tyoma and Slava. These bears featured in the BBC documentary Grizzly Bear Cubs & Me, presented by wildlife filmmaker Gordon Buchanan MBE, who we are delighted to have supporting our Raising Cubs campaign.

Two of the bears, Zhora and Pasha, were fitted with satellite collars and monitored by the OBRC team.

Initially, the bears stayed in the release area whilst they adapted to their new surroundings. After some time, they started to move away from the release sites to search for food and eventually, a place for wintering. The data from the satellite collars showed that the bears avoided open spaces, such as fields, and residential areas.

At the end of October, the bears were only covering small distances. In November, they became slow and less active, and kept to the same places. At the end of November they laid in the dens for wintering and started to prepare for hibernation – just like bears in the wild would naturally do.

Zhora’s den was located 6km from the release site and in deep forest, under some fallen trees.

In the early spring, thanks to footprints found in the snow, the team discovered that Zhora was hibernating with his brother Zhenya – it’s very common for released bears to live and hibernate together during their first winter.

Zhora and Zhenya left the den at the beginning of April, preferring to visit places where the first greens were growing and where last year's berries could be found. The last data from Zhora’s satellite collar, before the battery failed, was received on 16th June 2018, and showed the bears were two kilometres from their wintering place.

Pasha’s den consisted of a deep hole under the roots of a rotten tree, also located deep in the forest and 4km from the release site. He was hibernating alone.

Pasha left the den two weeks later than Zhora and Zhenya in the middle of April. At the end of April, the signals from the collar were received from just one place for several days. Sadly, it was discovered that Pasha had passed away, having falling victim to a mature dominant male bear. Such attacks may result from a lack of food or occur during the mating season, when dominant male bears are very aggressive.

As for the other three bears, Tolya, Tyoma, Slava, no reports were received of them approaching human-inhabitated areas – so good news!

Reports arrive at the OBRC about bears they have secured with ear tags, from the different places they have been released; indicating where they have been sighted or if they have had cubs. Sometimes the bears are too far away to read the numbers on the tags, but the team know they are OBRC bears and that they are thriving.