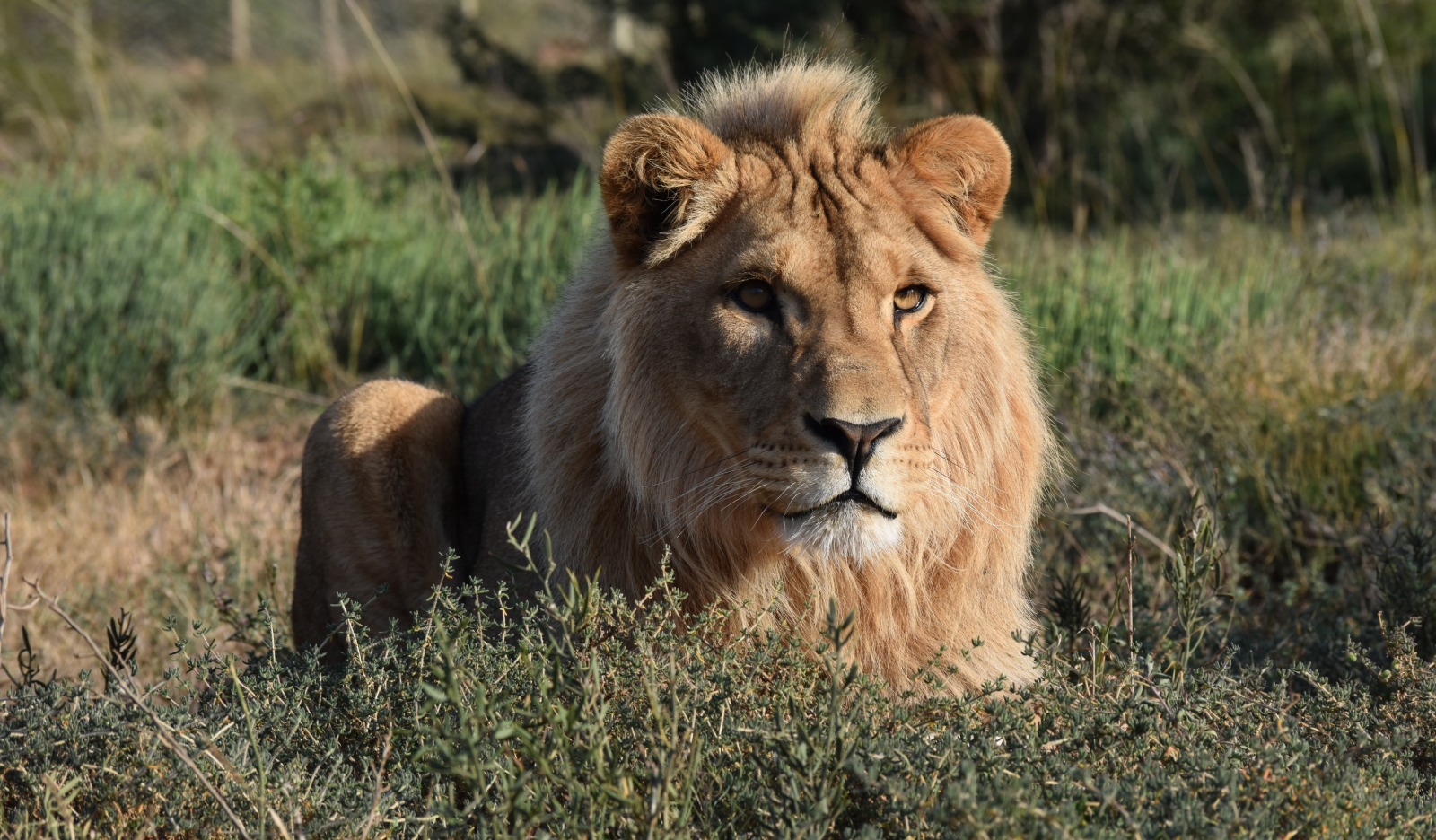 King is a victim of the illegal trade in wild animals. When he was a just a few months old he was found in an apartment on the outskirts of Paris, having been kept illegally in a small, dirty cage, and beaten and kicked by his owner, who posted images of the abuse on social media. Horrified members of the public alerted the authorities, who immediately launched an investigation and he was rescued by French charities Fondation 30 Million d’Amis and Refuge de l’Arche. His owner was taken into custody on charges associated with illegally keeping a wild animal and animal abuse.

King was nursed back to health at Natuurhulpcentrum rescue centre, in Belgium, and thanks to the generosity of our supporters, Born Free was able to provide him with a new home, safe from harm, in South Africa.

Since arriving at Shamwari in July 2018, King has gone from strength to strength. His mane has grown and he’s healthy and strong – completely unrecognisable from the frightened, malnourished cub he was when rescued. King spends his days exploring his natural bush enclosure and is often found high up on his platform  watching everything going on around him as he is quite curious. He always has his eye on the birds that land in his enclosure, and when his hunting instincts kick in, is quick to jump up and chase after them as fast as he can, but never catches one!

King is one of the lucky ones, but his story highlights the plight of millions of captive wild animals around the world that are kept as exotic pets, including reptiles, amphibians, mammals, primates and big cats. Demand for exotic pets fuels both the legal and illegal wildlife trade: some animals may be bred in captivity to supply demand, some may be traded as surplus from zoos and circuses, while others are caught from the wild.

Dr Chris Draper, Born Free’s Head of Animal Welfare & Captivity, said: “Born Free opposes the exploitation of wild animals as pets and campaigns for national and international legislation to reduce and, where possible, end this practice. Sadly King’s case is the tip of the iceberg, and a great many wild animals are still being kept illegally as pets across Europe and elsewhere. Wild animals, whether they have been taken from the wild or bred in captivity, have extremely complex social, physical and behavioural needs and are, therefore, particularly susceptible to suffer when kept as pets. This situation needs to be addressed urgently.”

Adopt King to help us provide the expert care fhe needs for the rest of his life.

ADOPT   SAVE A LIFE   VIDEO