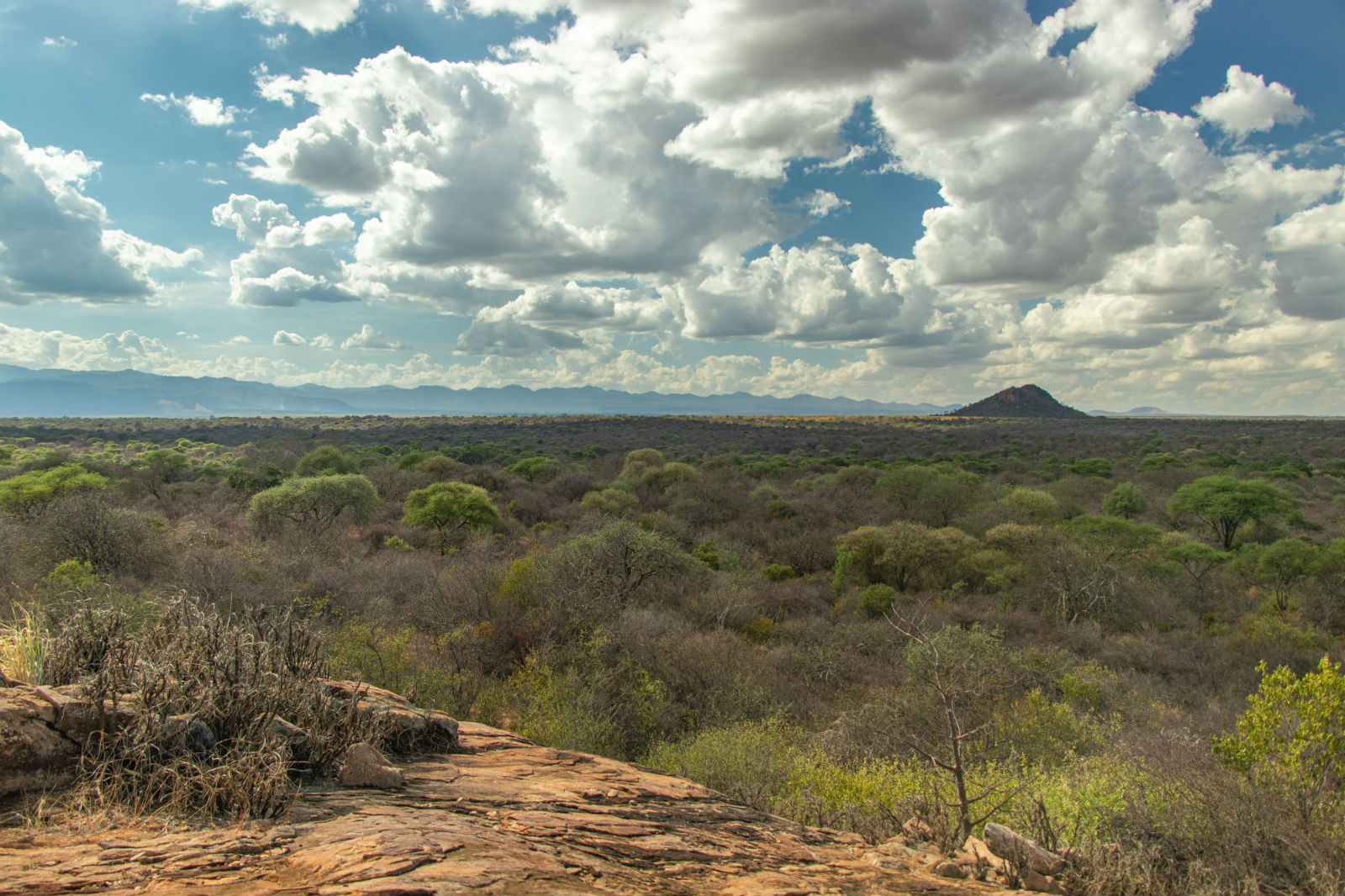 In the 1950s, Meru was home to Elsa the lioness who was hand-reared and successfully released back into the wild by conservationists Joy and George Adamson. Our Co-Founders Virginia McKenna OBE and Bill Travers MBE famously played them in the film Born Free. Elsa went on to become the inspiration for our charity.

Meru National Park is 220 miles (335km) north east of Kenya’s capital, Nairobi. At about 336 square miles (870km2), this pristine wilderness is surrounded by Kora National Park and Bisinadi and Mwingi national reserves. Together, they make up Meru Conservation Area.

Meru has two rainy seasons, between March and May, and October and December, and a vast variety of vegetation – including woodland, shrubland, grassland and swamps. These all provide habitats for many species, such as elephant, leopard, cheetah, hyena, rhino and giraffe. In fact, 35 mammal, 400 bird and 40 reptile species have been recorded in Meru.

But, this wasn’t always the case. In the 1980s, Meru was overrun by poachers and its wildlife was decimated, including 90% of its elephant population and all of its rhino.

Born Free has been working with Kenya Wildlife Service since 2014 to monitor and protect the lion population there. They are monitored so that we can gain a deeper understanding of the structure and dynamics of each pride. We also work with schools and local communities to encourage co-existence and protect other wildlife.

Over the coming weeks, we will be telling you all about our work in Meru, and introducing you to the prides we protect and our team who monitor them. Follow us on Instagram, Twitter and Facebook, or keep an eye on our website for updates.