Will Travers OBE and Virginia McKenna OBE pay tribute to passionate wildlife campaigner John Rendall, made famous by the incredible story of Christian the Lion.

In 1970, my mother, Virginia McKenna OBE, and my father Bill Travers MBE, were in the King’s Road, Chelsea. Dad went into a furniture shop looking for a desk and was recognised by two young Australians, John Rendall and Anthony ‘Ace’ Bourke, who ran the shop. They said they had something ‘interesting’ to show him - and took him downstairs. The rest is history.

In the basement was a young lion called Christian. Christian, originally from Ilfracombe Zoo in Devon, was bought by John and Ace from Harrods’ Pet Department (still legal in those far-off days) because they could not stand the thought of him being alone at Christmas. Christian became one of the most famous lions in the world.

His journey to freedom included a four month stay in a large enclosure in our Surrey garden, a trip to the seaside (very early one morning), and then a one-way flight to Nairobi and many hours on a long, dusty road to the remote Kora National Reserve, where the famous lion-man, George Adamson, was working to return lions to the wild. George had accepted my Dad’s request that Christian join his ‘man-made pride’ and, ultimately, take his chances in the wild.

And you can read a little bit more about his story here where you can also watch the extraordinary six-minute clip from my Dad’s film, Christian the Lion where, escorted by George Adamson and after nearly a year apart, they are reunited with Christian in the wild lands of Kora.

This extraordinary story touched the hearts of millions (it was reportedly one of Oprah Winfrey’s favourites) - and would not have been possible without John, Ace, George and my mum and dad.

And so, it is with great sadness, to learn of the death of John Rendall at the age of 76. John was always a passionate campaigner for wildlife and, together with Ace, retold Christian’s evergreen story for different generations and for different audiences as a source of eternal inspiration.

Speaking about John, Virginia said: “The unexpected news this morning of the death of John Rendall has been difficult to come to terms with. He, and his friend Ace Bourke, are forever part of the story of Christian the lion. Theirs was a unique story, echoing, in many ways, the story of Elsa and George and Joy Adamson. Both Elsa and Christian were lions ‘of two worlds’. It is an unmeasurable compliment when a wild creature trusts you, and that is indisputably evidenced by the bond between Christian, John and Ace.”

I spoke to John only a few weeks ago and he told me that he had been suffering with Long Covid but that he was on the mend. I am, therefore, shocked and deeply saddened by today’s news.

On behalf of us all at Born Free, I want to express my sorrow and sympathy to his family and his friends, and to extend our condolences to the organisations, particularly to Tony Fitzjohn and the George Adamson Wildlife Preservation Trust, that John was proud to be a part of.

This year, 2022, marks Born Free’s Year of the Lion in recognition of what would have been my dad’s 100th birthday.  We now mark 2022 as the year in which we lost John - but our work for lions goes on.

Currently, the Born Free Forever exhibition of life-size bronze lion sculptures, including a representation of Christian as a young cub, is on public display at Millennium Green just outside Waterloo Station, London.  The purpose of the exhibition and the reason why we have declared 2022 as our Year of the Lion, is to draw attention to the threats that wild lions face and the risk that, across much of their range, they could soon disappear.  There are just 20,000 wild lions across all of Africa, down from perhaps 200,000 when the film Born Free was made in 1966, based on the book of the same name, written by George’s wife, Joy Adamson and based on his diaries.

Lions face numerous threats: habitat fragmentation, the loss of their natural prey; persecution from human communities that continue to encroach into their wild range; poaching; and trophy hunting.

All the more reason that, as a mark of respect for Bill, Christian, George, Joy, and now John, we redouble our efforts to protect wild lions and their wild habitats and reduce conflict, so that this iconic symbol of wild Africa, can co-exist with human communities and continue to share our planet for decades to come. 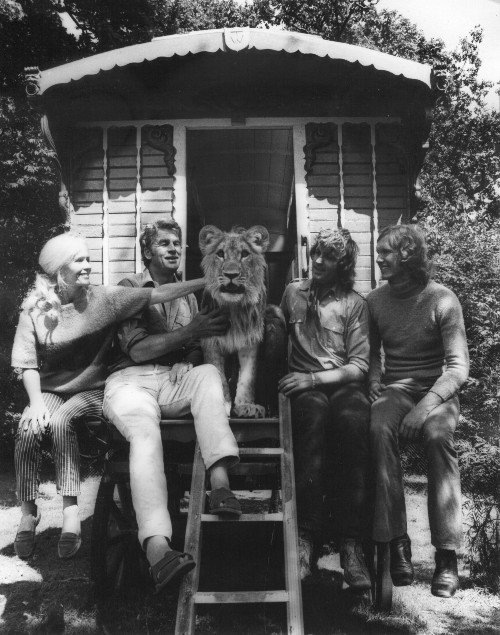 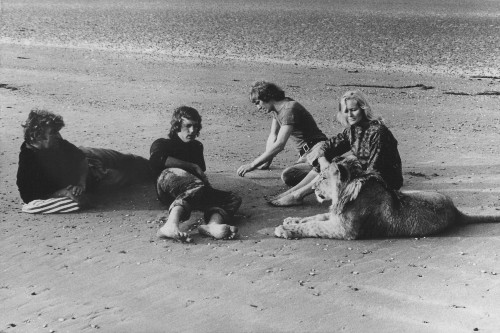 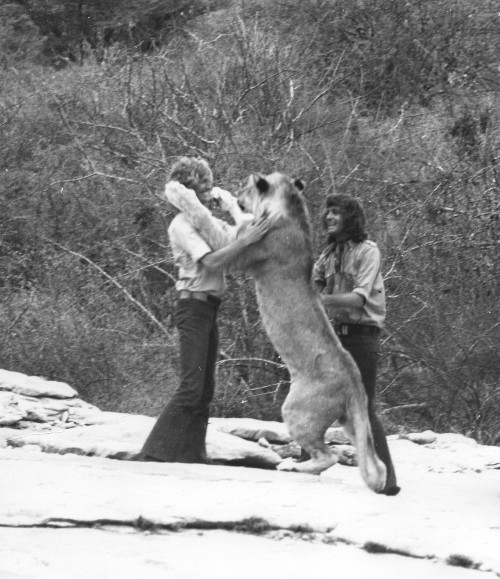 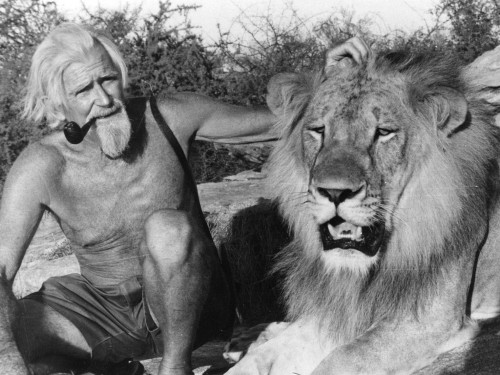 George Adamson with Christian the lion.