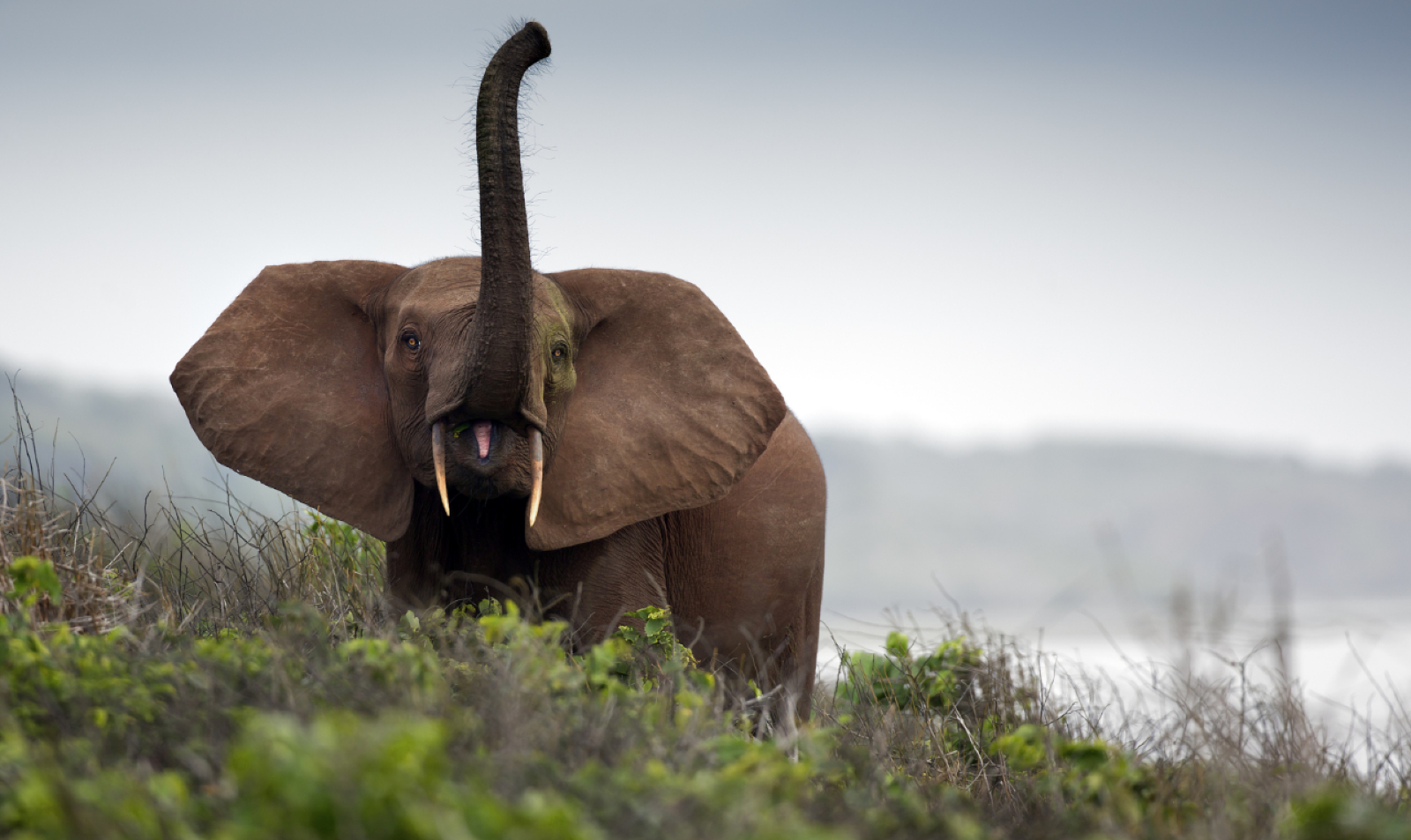 The forest elephants of Central and West African rainforests are the smaller and highly threatened relatives of the African savannah elephants. However, these elusive animals are under threat due to poaching for the illegal ivory trade and habitat loss, which is rapidly reducing and fragmenting populations. Alarming studies revealed a loss of more than 60% of the forest elephant population in Central Africa from 2002-2011, with further declines ongoing. The status of forest elephants in West Africa is currently unknown.

While there are no reliable national population estimates of forest elephant, Liberia is home to two of the three remaining large blocks of the Upper Guinea forest, and therefore offers one of the best chances of survival for the forest elephant in West Africa. However, the major direct threats facing forest elephants in Liberia is human encroachment and disturbance of elephant habitats, and the resulting human-elephant conflicts and poaching.

In 2019, Born Free began supporting Elephant Research and Conservation (ELRECO), a German NGO founded in 2017 by Dr Tina Vogt and Bernhard Forster. ELRECO aims to implement the National Elephant Action Plan (NEAP) for Liberia, an initiative rolled out in many countries with elephants by the Elephant Protection Initiative.

In January 2019, the ELRECO team began surveying the north western forest block of Liberia for forest elephants. This work involved interviewing target communities who have good knowledge about the forest and wildlife, conducting rapid field assessments to record footprints, dung-piles, feeding sites and elephant pathways and sampling dung for genetic analysis. They found signs of forest elephants in young and old forests, swamps, clearings, riverine forests and cultivated areas, giving the team hope that the forest elephant population here is viable, but in urgent need of conservation. The team have identified at least four subpopulations in the surveyed area. However, the creation of protected areas and migration routes will be critical for the species’ long-term conservation in Liberia.

The support of local communities is critical because human-elephant conflict is a serious challenge in Liberia. Five of the eight communities surveyed reported conflicts with elephants. Direct encounters with elephants can be scary and possibly life-threatening. Many of these communities feel powerless to stop the elephants raiding their crops, so animosity grows towards them. Mitigating these conflicts will be key to gaining the local people’s support and commitment for elephant conservation. In the near future, ELRECO will be trialling conflict mitigation measures including training Elephant Guards, who will form a network of individuals monitoring the animals.

Born Free looks forward to supporting this vital work carried out by ELRECO in the future.