A new Born Free report is busting the myths and exposing the cruelty behind trophy hunting, starting with the claim that it can actually benefit wildlife conservation

Every year, hundreds of thousands of animals, including threatened species, are targeted by trophy hunters who pay large sums of money to hunt, kill and export body parts back home, to be displayed as trophies.

Hunters often claim the fees they pay to government agencies, hunting outfitters, taxidermists and shipping companies in order to secure and export their trophy benefit local communities on the ground, and the economies of the countries where trophy hunting takes place.

Many also claim that wildlife itself benefits from trophy hunting because only problem or redundant animals are targeted, and so the practice is a legitimate form of population control.

Against a backdrop of increasing public outcry in response to individual cases such as Cecil the lion, Born Free’s report explains why the hunters’ conservation claims are drastically missing the mark. 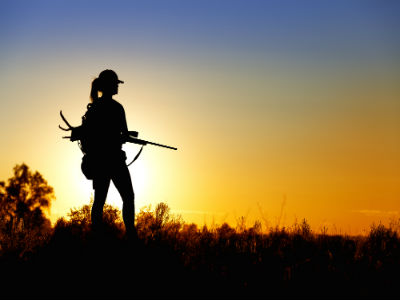 Dr Mark Jones, Born Free’s Head of Policy, says: “Claims by trophy hunters that they are primarily concerned about wildlife conservation or animal management are highly misleading. Trophy hunters don’t target problem or surplus animals; instead they covet those animals with the most impressive traits – the largest tusks, or the darkest manes. By doing so they remove key individuals, severely disrupting animal families and populations. They also cause immense animal suffering. Trophy hunting is not a conservation or animal management tool, nor does it contribute significant funds to conservation programmes or local communities; it is a cruel relic from colonial times that should be consigned to history where it belongs.”

Trophy hunters value rarity, and in some cases are prepared to pay large amounts of money to kill very rare animals, which means that these species may be disproportionately targeted, and may be driven towards extinction as a result. A recent report prepared for the International Union for the Conservation of Nature and others, noted that 40% of the big game hunting zones in Zambia and 72% in Tanzania are now classified as depleted, because the big game has been hunted out of these areas.

Dr Jones added: “Recent attempts in Zambia to justify the trophy hunting of up to 1,250 hippos in the Luangwa Valley using claims of overpopulation and disease risk, show how cynical authorities and hunting proponents can be. The hunts had nothing to do with animal management, and were clearly designed to line the pockets of a few individuals and hunting outfitters. Thanks to local and international pressure, those plans have been abandoned. We need to challenge trophy hunting wherever it takes place.”

Born Free is opposed to the killing of any animal for sport or pleasure and is against all forms of trophy hunting. One of our working priorities is to eliminate trophy hunting by exposing its fundamental immorality and demonstrating that wildlife can be conserved and managed humanely.