A TIME TO HARVEST

The Amboseli Ecosystem has experienced prolonged drought for the past three years. Since 2015, the rains have been erratic and below normal, which in turn forced the pastoralist community to move to different places in search of pasture and water for their livestock.

Like in many parts of Kenya, Amboseli is a water-deficient area. Women in the local community walk an average five kilometres a day to fetch water for household use. They spend half a day fetching water and yet they have other numerous chores to do. In some cases, men opt to hire motorbikes and vehicles, but it doesn’t come cheap.

Providing water for their precious livestock becomes an uphill task. Water scarcity and deficiency has also led to an increase of conflict between man and wildlife. Sharing of watering points between livestock and wildlife leads to predation and sometimes escalates conflict between humans and elephants. As a result, many livestock are lost due to such severe dry spells.

In 2016, Born Free designed a simple rainwater harvesting structure aimed at collecting clean water for human consumption and for the young, old and weak livestock. A 500-litre tank stores the water. At the time we were unable to get reliable data on the feasibility of these structures due to the insufficient rainfall so were unable to test the efficacy of the structures.

However, we did not lose hope. Towards the end of last year, we made 25 more structures in the Amboseli ecosystem, bringing the total to 57, as we were hoping for the short rains then. They failed again.

Finally, our efforts became a reality at the beginning of last month. The ecosystem, just like other areas in the country, received unexpected heavy rainfall for a three-week period. The rain water harvesting structures filled up and this assured us that they are efficient.

Partore Ario, one of the beneficiaries of the structures who lives in Injakita Village, told us that within a short period of the rainfall, the structure had filled up with water.
Should the long rains begin this month after the unexpected deluge and the tanks fill up again, the excess water will be directed to the ground. In the long-term, larger tanks will help to harvest more rain water and the community will have clean water for longer periods. We are also encouraging the community to try and adopt and champion the initiative by building more water-harvesting structures on their own. 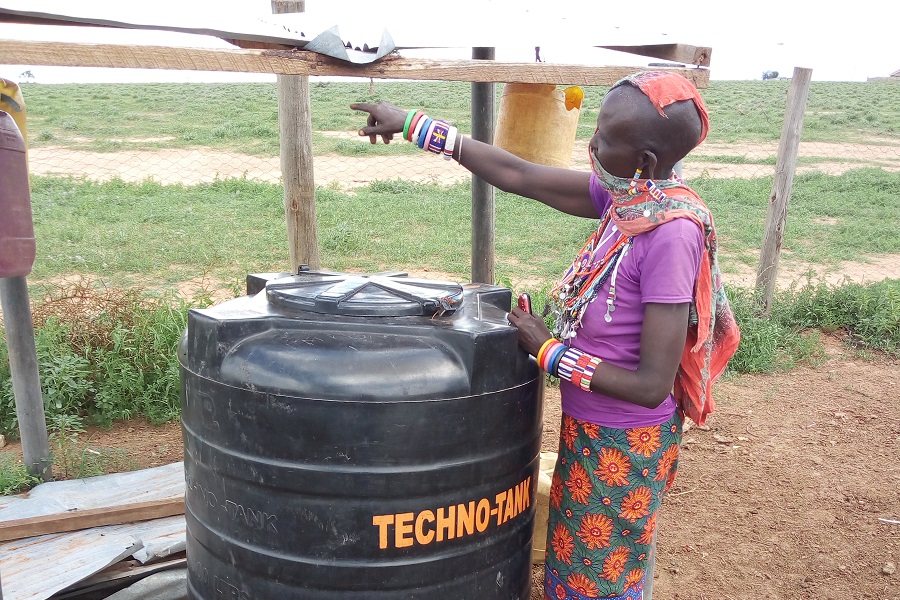