There is overwhelming evidence of compromised animal welfare in the training, performance, transport and housing inherent to the use of captive wild animals in entertainment, alongside evidence suggesting frequent incidences of direct physical abuse of animals.

We believe it is outdated, demeaning and unacceptable to force animals to perform unnatural behaviours for entertainment and to exploit captive wild animals in circuses, performances, human interactions, and in advertising, film and television. 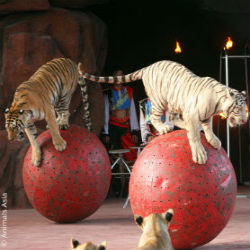 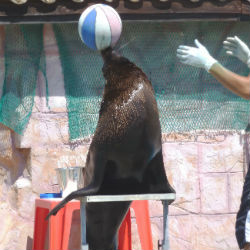 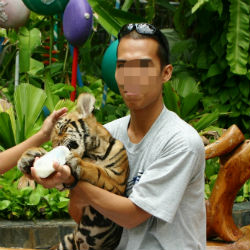 “The film Born Free was released in 1966, and it is abundantly clear that the understanding of wild animals – their natures, needs and desires – has improved dramatically since then.

Making Born Free led me, and my husband Bill, towards the realisation that wild animals should not be used for entertainment, and that wild animals are so intrinsically linked to their wild habitats that they simply don’t belong in captivity.

I am delighted that public opinion on the use of wild animals in entertainment has changed considerably since the release of Born Free, and I believe that we should draw a line under that chapter of history while keeping its lessons fresh in our minds."