Rwanda Wildlife Conservation Association (RWCA) is a Rwandan non-profit organisation dedicated to providing sustainable solutions to critical wildlife conservation issues in Rwanda and the East African region using a holistic and multi-disciplinary ‘One Health Approach’. Its key area of work is to combat the illegal trade in grey crowned cranes. Grey crowned cranes are listed as Endangered by the IUCN Red List, with their numbers and habitat declining through most of their range.

Just five years ago, Dr Nsengimana – a passionate, dedicated, young veterinarian, and Rwandan national – identified that grey crowned cranes were suffering in captivity throughout Rwanda, from hotels to private houses. These birds were often stressed, malnourished, had their wings broken to prevent them from flying, and died prematurely. Meanwhile, estimates suggested just 300 cranes were left in the wild in Rwanda, threatened by habitat loss and poaching for the illegal trade.

Led by his determination to make a difference for his country, having witnessed the horrors of the 1994 genocide as a nine-year-old boy, Nsengimana set out to stop individual animal suffering and save and protect his country’s grey crowned cranes.

Since then, RWCA has ended the captive exploitation of crowned cranes, registered 381 individuals and reintroduced 167 to the wild. It has established a permanent facility for disabled or injured cranes, meaning that, except for the RWCA, there are no captive cranes left in Rwanda. Some 31 rangers and 30 ‘Conservation Champions’ have also been trained, engaging over 840 local leaders and security personnel. In addition, more than 20,866 school children have been reached through workshops, a comic book, environmental clubs and a tree-planting scheme. As a result, grey crowned cranes in Rwanda have increased from 487 in 2017 to 748 in 2019. A recently concluded 2020 crane census sighted 881 cranes.

Born Free is supporting RWCA with a £10,000 grant as winner of the McKenna-Travers Award for Compassionate Conservation 2020. 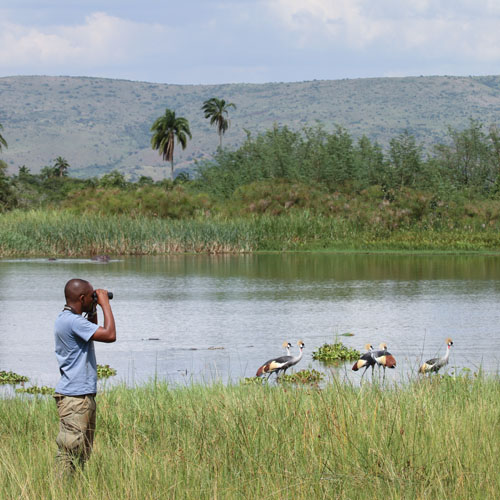 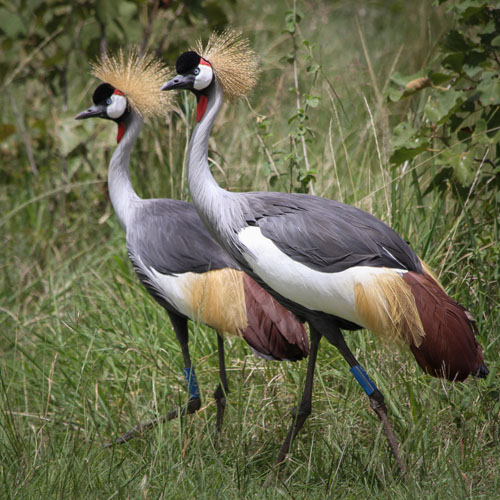 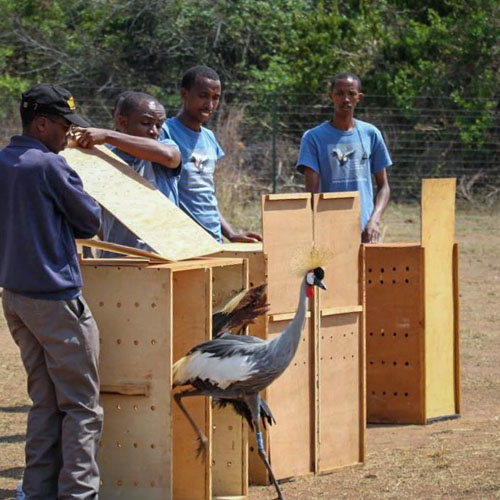