Since 2011, Jaguars in the Fringe has been working to secure the survival of jaguars in the threatened Yungas, Argentina, by targeting human-jaguar conflict through education and improvement of livestock practices.

Pablo Perovic says: “My whole career has been devoted to studying carnivores and their conservation, but jaguars have always been my passion and the main focus of my work. This species has been intertwined in my life since my early days.”

Through habitat loss and persecution, the once continuous jaguar population is being pushed into ever smaller pockets of habitat. However, it is hoped that by recolonising the habitats where these big cats once roamed, their numbers will increase again.

“Jaguars are critically endangered in Argentina, and their range has shrunk by 95%," Pablo explains. "The jaguars in the Yungas are very important because they are linked to jaguar populations in Bolivia, and because ample suitable habitat remains. We believe this region, and Jaguars in the Fringe, have the potential to increase jaguar numbers, but we need to keep working tirelessly towards that end.”

Professor Claudio Sillero, Born Free’s Chief Scientist, says: “Pablo is Señor ‘Tigre’ (as jaguars are known locally), the first point of call for anything to do with jaguar ecology and addressing human-jaguar co-existence. Highly respected by everyone, from ministerial corridors to the humblest forest dwelling, the future of jaguars in north west Argentina is intricately linked to this man.”

When monitoring jaguars in the field, Pablo and his team walk long distances through wild country, along streams and ridges, often carrying equipment and food for several days. He says: “I like walking because it allows us to look for clues of animal presence, and if we are lucky observe the animals themselves.”

A region-wide camera trap survey also monitors the jaguars and it’s hoped that by encouraging new husbandry practices there will be less grazing pressure on the forest, which in turn will lead to a recovery of the jaguar’s prey base and less attacks on livestock.

The progressive change in attitudes embracing wildlife conservation is encouraging and motivates Pablo to continue his vital work.

“To see even the small, positive changes in attitude and perceptions towards jaguars in people, like a young kid that suddenly understands the relationship of jaguars with the environment and sympathises with the threats they face. Or a rancher that is happy because management practices have improved, making his life easier by avoiding conflict with jaguars. These small changes in people attitudes will hopefully contribute to a more harmonious co-existence, and protect the jaguars in the Argentine Yungas for future generations.” 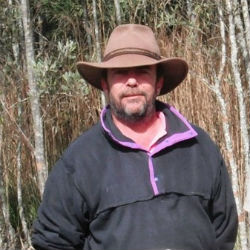 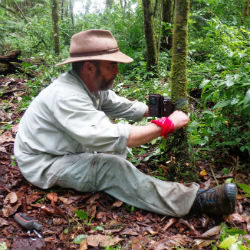 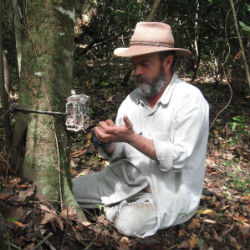 JAGUARS IN THE FRINGE     ADOPT THE JAGUAR FAMILY