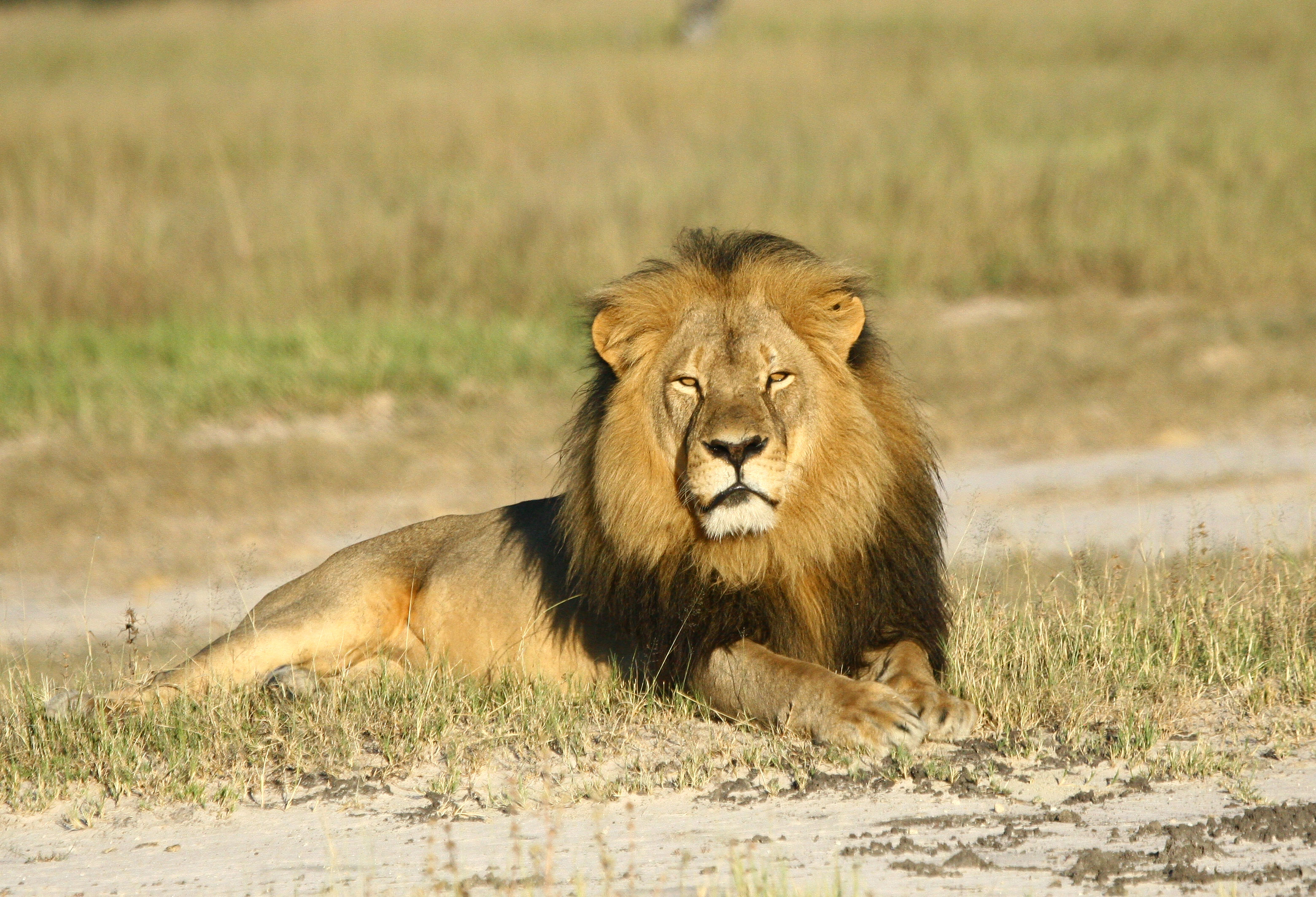 Born Free is relieved to learn that a planned lion hunt from within the pride that Cecil the lion once led has been cancelled.

The brutal killing of Cecil the lion outside Zimbabwe’s Hwange National Park in July 2015 by a wealthy American trophy hunter using a bow and arrow, was met with unprecedented international public outrage and dismay.

Since Cecil’s death, two more pride leaders in the same area of Zimbabwe have been killed by trophy hunters: Xanda (Cecil’s son) in July 2017, and Seduli in August 2019.

Bulawayo-based hunting outfit Jimba Safaris was reportedly planning to host a prominent Canadian hunter in the coming weeks. However, following pressure from local groups and individuals, the Zimbabwe Professional Hunters and Guides Association announced on its Facebook page on 23rd October that Wayne Dietrechsen, the owner of Jimba Safaris, had withdrawn the permit to hunt a lion and cancelled the proposed lion safari.

Dr Mark Jones, Born Free’s Head of Policy, said: “Lion hunts are abhorrent, serving only to satisfy the selfish blood-lust of wealthy foreign trophy hunters and line the pockets of the hunting outfitters who arrange the hunts. The hunting of lions causes immense animal suffering, and disrupts and potentially destroys the stability of lion social groups, with ripple effects across prides and the wider ecosystem of which they are such a vital part. It is shameful that permits for such hunts are still being sought.

“We stand in support of those brave groups and individuals within Zimbabwe whose efforts to protect their natural heritage appear to have averted another tragic and damaging lion death at the eleventh hour. Lion numbers have fallen by 80% to just 20,000 since the middle of the last century, and we need to be doing all we can to protect them. Selling them off to the highest bidder so they can be shot is no way to manage lions or fund their conservation.”

Proponents of trophy hunting claim that hunting lions aids conservation but in Kenya, where trophy hunting is illegal, the last lion survey indicated that the number of wild lions has increased by nearly 25% since 2010 thanks to the efforts of government, communities and many conservation organisations, including Born Free. In the UK, the government recently confirmed its intention to move towards a trophy hunting import ban, a policy that enjoys overwhelming public support.

Born Free will be writing to the Canadian government, urging the authorities to deny the import of lion trophies, thereby massively dis-incentivising trophy hunting by Canadian citizens.