News that Zimbabwe may be about to export dozens of young, wild-caught elephants to zoos in China and Pakistan, has been met with dismay and condemnation by conservationists and animal welfare advocates alike.

Dr Mark Jones, Born Free’s Head of Policy, said: “We understand that as many as 37 young elephants are awaiting export, under heavy guard in enclosures in Hwange National Park. These unfortunate young animals were torn from their families several months ago, since then we have been making every effort to prevent their export to foreign zoos and secure their relocation to suitable rescue and rehabilitation facilities. Sadly, it seems that Zimbabwe’s authorities are prepared to defy legal process and international condemnation for the sake of profit.”

Elephants do not do well in captivity, and the taking from the wild of young elephants has serious and lifelong consequences for the individual animals, who are likely to live shortened, lonely and unhealthy lives, devoid of the social and environmental complexity that is so necessary for these highly intelligent animals.

It also causes huge social disruption to the family groups from which the young animals have been taken, and by extension destabilises the wider ecosystems to which they belong.  The trade in live, wild-caught elephants has been widely condemned by elephant experts, including the African Elephant Specialist Group of the International Union for the Conservation of Nature which recently reconfirmed its long-standing position against the removal of elephants from the wild for captive use. 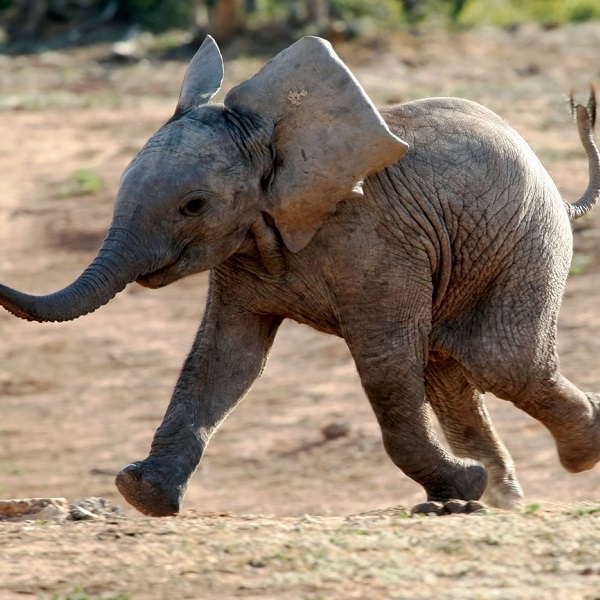 Jones continued: "Zimbabwe has controversially exported in excess of 100 young, wild-caught elephants to captive facilities, principally in China, over recent years. The authorities claim they need the income to fund their National Parks, and that the export is somehow related to elephant population management and human-elephant conflict mitigation, despite overwhelming evidence that the taking of young elephants will achieve neither and may even make conflict between people and elephants more likely. That a country with such wonderful and diverse wildlife is prepared to capture and sell sentient and intelligent wild animals in this way so a few people can make a profit, beggar's belief. Millions of Zimbabweans who have no say in these dark and shady deals are being deprived of their natural heritage, and meanwhile these highly intelligent and sensitive animals are being condemned to miserable lives in captivity."

In recognition of the severe suffering and disruption associated with the export of live wild-caught elephants, governments voted overwhelmingly to limit live elephant exports to in-situ conservation programmes or secure areas in the wild within the species’ natural and historic range, at an international wildlife trade meeting earlier this year. Clearly the export of wild-caught elephants from Zimbabwe to captive facilities would contravene this resolution, and the apparent urgency with which Zimbabwe is trying to implement the transfers is suggestive of a cynical attempt to circumvent the resolution before it technically comes into effect at the end of November.

Zimbabwe’s authorities also seem ready to ignore an ongoing legal challenge to the export of the elephants is also ongoing within Zimbabwe. The export of elephants while this challenge is being considered by the Courts would be potentially unlawful.

Born Free has been working with political, conservation, animal welfare and legal partners within and beyond Zimbabwe to try to prevent the transfers and secure a humane long-term solution for the affected elephants. We are also urging international governments to use their diplomatic contacts to dissuade the authorities in Zimbabwe, China and Pakistan from engaging in this heinous trade, and calling on freight transport companies to desist from transporting the animals.

Young elephants belong with their families in the wild, not in captivity.