THE LEGACY OF WAYNE LOTTER

When the PAMS Foundation started the Ruvuma Elephant Project (REP) in southern Tanzania in 2011 poaching was at a crisis level. Between 2009 and 2014, within a five year period, Tanzania lost 60% of its elephants. The worst declines were in the southern half of the country. In 2009 there were more than 34,000 elephants in the Ruaha-Rungwa eco-system and almost 45,000 elephants in the Selous Game Reserve but by 2014, these numbers had fallen to just 8,000 and 15,000, respectively.

PAMS implemented an intelligence-led, multi-agency strategy with an emphasis on community participation in the Ruvuma region, a 2,000km2 corridor that lies between the Selous Game Reserve and the Niassa Game Reserve in Mozambique and within just a few months the rate of poaching decreased. In 2012, hundreds of carcasses were recorded, but by 2016, the number had fallen to just two, in spite of resurgence in poaching in the Selous – Niassa ecosystem.

In a subsequent collaboration with the government of Tanzania and community based anti-poaching units, PAMS has helped to make a significant different in the country’s effort to halt poaching with the rate of decline decreasing by at least two-thirds since 2015.

Wayne Lotter the founder of PAMS was a conservationist, with a wry and slightly off-beat sense of humour. He was a rebel with a cause, anti-establishment at times, unafraid to speak out, shake things up a bit and push against the boundaries of ineptitude and inertia. He was a trailblazer, the kind of conservationist you feel privileged to know. For the last two years he provided Born Free with his unlimited expertise and - as importantly - his immeasurable encouragement in our efforts to protect elephants at Babile Elephant Sanctuary, Ethiopia. He was warm and generous and confidence building.

Just a few weeks ago, I visited Ruvuma to see a project PAMS had established to reduce human elephant conflict, with a vision to replicate it at Babile Elephant Sanctuary. Wayne wasn’t present during my visit, as he was working in the Manyara -Tarangira ecosystem at that time. On my last evening, his pilot gleefully took me up in a microlight to fly up the Ruvuma into the Selous.

The Ruvuma was dry; its wide, white, sandy bed snaked its way towards the game reserve on the horizon, carving up the green miombo woodland, the emerald hippo-infested swamps and the burnished savanna, along its course. As we passed ahead, zebra scattered then stood their ground looking up at us defiantly, their striped flanks twitching. Wildebeest stampeded away without a second look, while waterbuck ran alongside us, as if giving chase. In places, the sand was pitted with an immeasurable number of elephant prints; indelibly cast until the rains would arrive once more. In a bend in the river, we spotted an elephant herd, over 20 strong, slowly crossing in a single-file line of all sizes, black and shiny in the failing light.

The pilot tapped gently against the screen of his GPS and the numerous points recorded there.

“These are the elephant carcasses we documented when we first started working here,” he said, smiling proudly.

I gazed from the screen to the Ruvuma below, devoid of any bloated bodies and hacked off faces, and the receding herd, skittish and myopic, their trunks held high in alarm, but alive and with a future that looked more assured. Later, when I took a commercial flight back to Dar es Salaam, I could still make out the Ruvuma, even at 22,000 feet. It is an expanse of unbroken wilderness, a sea of branching green shaped only by the river and its tributaries, an area bereft of humans, a precious place dedicated only to the wildlife it supports.

According to Global Witness, 117 environmentalists have been murdered so far in 2017. On the evening of Wednesday, 16th of August, Wayne Lotter became number 118. Our hearts go out to those that loved him, to everyone at the PAMS Foundation and to the elephants of Tanzania for this loss.  For Wayne, I hope his spirit continues to walk somewhere in the sand cast from the dry Ruvuma bed, through a legacy that only a life lived with courage inspires. 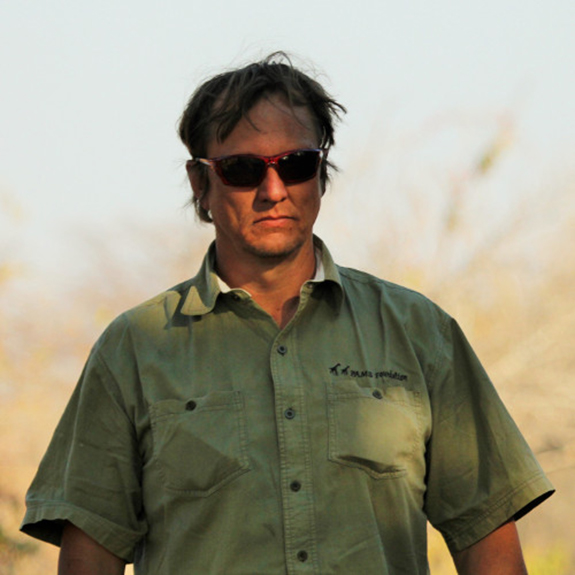