WILD ANIMALS IN TRAVELLING CIRCUSES COULD BE BANNED IN WALES

Born Free welcomes the latest steps by the Welsh government to ban the use of wild animals in travelling circuses.

The Wild Animals and Circuses (Wales) Bill was introduced to the National Assembly on Monday 8th July 2019. It represents a significant step in the right direction for wild animal welfare in the country.

Dr Chris Draper, Born Free’s Head of Animal Welfare & Captivity, said: "The use of wild animals in travelling circuses is outdated and unpopular and this legislation will bring Wales into line with a long and increasing list of countries which have banned this practice."
In a recent consultation, proposals for the legislation were "overwhelmingly backed" by the Welsh government.

Lesley Griffiths, the Welsh Minister for Environment, Energy and Rural Affairs, said animals should be "treated with dignity and respect". She added: "The declining number of wild animals kept by travelling circuses is a clear indication the public appetite for this type of entertainment is not what it once was.”

Similar legislation exists in Scotland and the Republic of Ireland and looks set to be introduced in England from 2020. 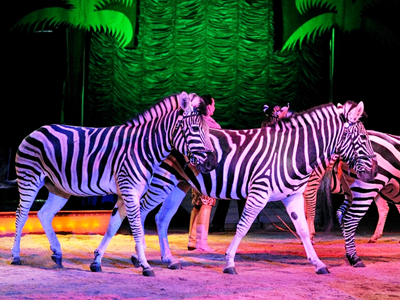