WALES TO INTRODUCE CIRCUS BAN BILL IN NEXT 12 MONTHS!

The Born Free Foundation has welcomed the news, reported yesterday, that Wales will introduce a bill to ban wild animal in traveling circuses within the next twelve months.

The statement was made yesterday by Welsh First Minister, Carwyn Jones, who said:

“the way animals are treated is an important reflection of society”. Wales has announced that it was considering a ban in February of this year. Now that the country has followed up with a swift timetable for the ban’s introduction, Born Free is calling on England to do the same.

“We are delighted to hear that the Welsh Government is moving swiftly, as those in Scotland and the Republic of Ireland have done in the last twelve months, to end the use of wild animals in travelling circuses. We are particularly heartened to hear that the ban will be introduced on welfare grounds as this paves the way for other countries to follow suit on the same basis. We congratulate Wales on the decision, and urge the Government to take prompt action and not to continue prolonging the resolution of this issue in England”. 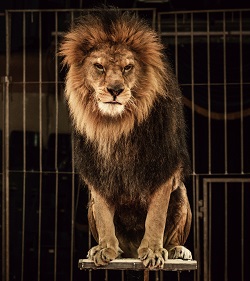