The £15,000 award provides support and recognition for outstanding individual conservationists and carers who place a high priority on animal welfare, while undertaking environmental education around the world, conservation policy, or the protection of species under threat.

GRACE is the world’s only sanctuary for critically endangered eastern lowland gorillas, which are considered one of the 25 most endangered primates in the world, with only 3,800 remaining. GRACE cares for 14 orphaned gorillas rescued from poachers and works to rehabilitate them so they can return to the wild. Furthermore, GRACE maintains 39 acres of forest for the gorillas, and partners with local communities to run education and conservation initiatives to protect a critical population of wild gorillas living in Tayna Nature Reserve, DRC.

As the DRC Director of GRACE, Jackson Kabuyaya Mbeke manages a team of 33 Congolese who operate the award-winning gorilla sanctuary, and conducts GRACE’s education and community conservation initiatives. Jackson started with GRACE when it was established in 2009 and has advanced with the project, first working as a logistician, then as GRACE Centre Manager, and now as the first Congolese DRC Director. Next year, through his role at GRACE, Jackson will lead the first census in over a decade to get an accurate estimate of the number of individuals that remain in one of the last strongholds for this imperilled great ape.

"I am delighted that Jackson Mbeke, and his life-saving work on behalf of the endangered Grauer's gorilla, has won this award. His unswerving dedication to the conservation of these highly threatened animals, the forests they inhabit, and the communities who share those same forests, should be an inspiration to all. Together with everyone at Born Free, I am determined that by supporting outstanding individuals such as Jackson and his team - with both recognition and resources - we can help make the natural world a more compassionate and safer place."

On winning the award, Jackson commented:

“I am honoured to receive the Virginia McKenna Award and to be recognised for the work GRACE is doing for the gorillas. Life in the DRC can be hard; for many months I could not sleep because I was worrying about the safety of our team and gorillas, but I had to take courage because the gorillas depend on us and we refuse to give up on them. This award means so much to me, the team, and the local communities we partner. I cannot thank Born Free enough. This has boosted our spirits, and we will work to multiply our efforts for gorillas.”

“Jackson has led the GRACE DRC team through a very difficult period, navigating the major challenges of armed conflict and now Ebola. But he never once considered giving up. Instead, he took things a day at a time and kept everyone focused on the important work of caring for gorillas. Truly nobody loves GRACE more than Jackson does, and I am thrilled that his outstanding dedication to gorillas and courage are being recognised by this award.”

Past winners of the prestigious Virginia McKenna Award for Compassionate Conservation include:

• Shivani Bhalla, of the Ewaso Lions Project, for her work on human/lion conflict
• Professor Anna Nekaris, of Oxford Brookes University and the Little Fireface Project, for her work on slow loris conservation and welfare
• The Mad Dog Initiative, a project which aims to deliver conservation benefits to endangered species by humanely controlling domestic and feral dogs in and around Ranomafana National Park, Madagascar
• Neotropical Primate Conservation in Peru, tackling illegal wildlife trade by partnering with wildlife authorities, police, public prosecutors and grassroots organisations.

A call for the Virginia McKenna Award for Compassionate Conservation 2019 will be announced in the New Year. 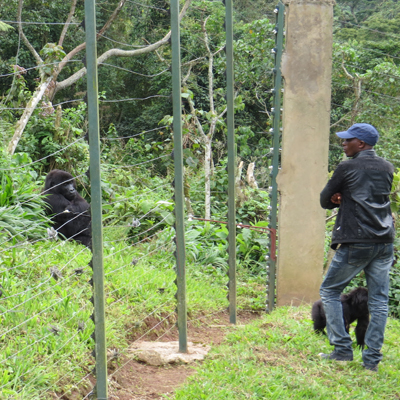 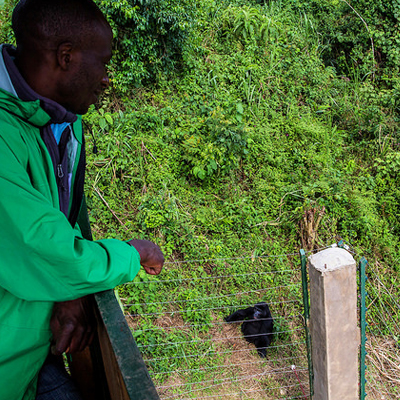 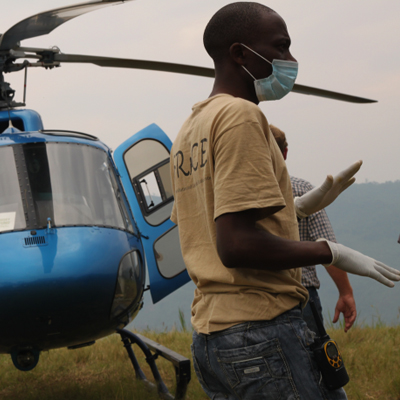 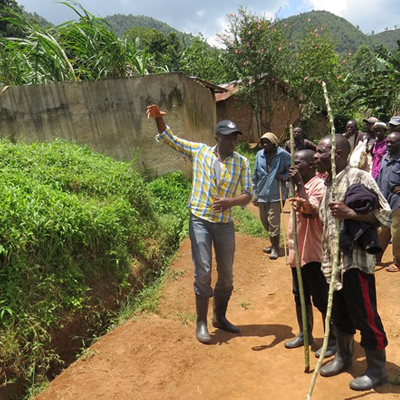