Born Free Foundation’s Associate Director Mark Jones has been joined by his colleagues Alastair MacMillan and Alick Simmons in criticising the BVA for not withdrawing its support for the controversial policy, in spite of a lack of evidence that four years of culls have had any real impact on the spread of bovine TB among cattle, and concerns for the welfare of targeted badgers.

Since 2013, around 15,000 badgers have been shot in licensed zones across the west of England. This autumn could see more than 30,000 targeted by the shooters, in 11 new zones licensed this year and with the extension of the killing in existing zones.

The BVA has publicly questioned aspects of the culls in recent months. Specifically, it has called for rigorous badger population estimates to be made public before licenses are issued; confirmation of how badgers are considered a ‘significant contributor’ to bovine TB in cattle in the licensed zones; some measure of how the culls are reducing bovine TB in cattle; proper auditing of culling activities; and for controlled shooting, a method the BVA does not consider humane, to be abandoned. 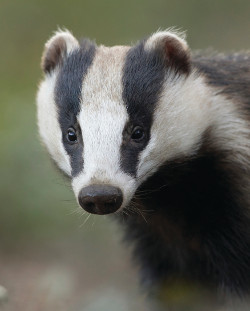 None of these questions have been addressed in the conditions attached to this year’s licences, yet the BVA continues to support the policy.

Mark Jones said:
“We have repeatedly called on the BVA to withdraw its support for this heinous policy that is causing so much animal suffering and disruption, has no basis in science, and is opposed by most scientists and the wider public. Before supporting any wildlife intervention, the veterinary authorities should at least satisfy themselves that the intervention is based on good science, that it will result in a substantial benefit that can’t be achieved by other means, that the methods used will be humane and socially acceptable, and that there will be no harm for non-target animals or the wider ecology. The current badger culling policy fails to meet any of these criteria.

“The BVA’s continued support for this policy undermines its credibility as an animal-welfare driven organisation, and damages the reputation of the veterinary profession. We call on the BVA to re-examine its support for badger culling as a matter of urgency.”