The UK government introduced the Ivory Bill to the House of Commons today (23rd May). The move is the first stage of the process to bring the government’s ivory trade ban – announced last month to ban the commercial trade in elephant ivory within, to and from the UK – into UK law.

Mark Jones, Born Free’s Associate Director for Multilateral Environmental Agreements & UK Wildlife, said: “We applaud the government for its recognition of the need for the UK, which has been the largest exporter of ‘legal’ ivory items in recent years, to take action on commercial ivory trade, and for expediting the introduction of its Ivory Bill.

“However, the exemptions contained within the Bill will need to be minimal and clearly enforceable if we are to avoid them becoming loopholes that ivory traffickers might exploit. We will be examining the detailed wording of the Bill, and look forward to working with government and its agencies to ensure the UK really can claim leadership in tackling ivory trafficking and securing a long term future for the world's beleaguered elephants,” he added. 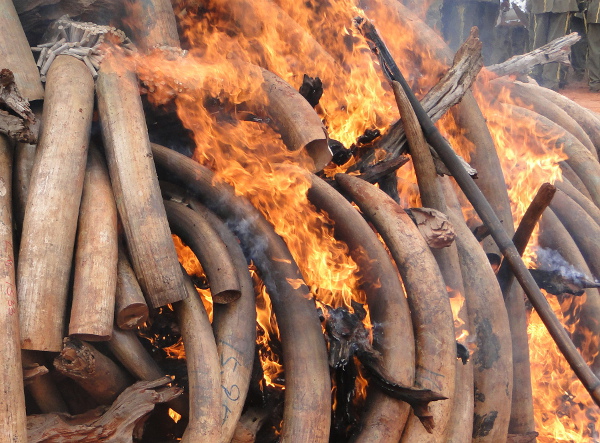 Born Free has been campaigning for a global ban on commercial trade in all ivory products since 1989. The charity's advocacy, awareness-raising and public mobilisation efforts have played a major part in informing recent decisions and persuading the UK government to take action. Born Free will continue with these efforts until the poaching of elephants and other ivory-bearing species has been brought to an end, and their future secured.

MPs will now consider the Ivory Bill at a second reading at a future date to be announced.