Born Free is shocked and saddened to hear of the tragic attack that occurred on Sunday 9th August in Niger that claimed the life of Kadri Abdou, President of Association des guides de girafes de Kouré (AVEN).

Kadri Abdou was senselessly killed in a terrorist attack along with six French humanitarian NGO workers and their Nigerien driver in the Kouré region, an area popular with tourists keen to catch a glimpse of West African giraffes.

Kadri Abdou dedicated his life to the conservation of the West African giraffe, an endangered species found only in Niger. Kadri and the AVEN staff regularly monitored giraffe in the area and participated in annual giraffe counts. They also raised awareness of the importance of giraffe to the cultural heritage of the local communities, encouraging co-existence.

Kadri and his team’s commitment to the species over many years contributed significantly to the astounding recovery of giraffes. AVEN, the Government of Niger and the Born Free-supported Giraffe Conservation Foundation, have brought the West African giraffe population from a low of 49 in the mid-1990s to more than 600 today by staving off the threats of habitat loss, human-wildlife conflict and poaching.

Penny Banham, Born Free’s Conservation Projects Officer, said: “This mindless and unnecessary tragedy has claimed the lives of those who endeavoured to help people and wildlife. Kadri was a conservation hero who risked his life to protect giraffes. His love and passion for the wildlife of Niger will be remembered. It is truly a sad day for all, especially for those working to conserve the West African giraffe in Kouré. All of us at Born Free extend our heartfelt condolences to his family and to all the families of the other victims in this attack.” 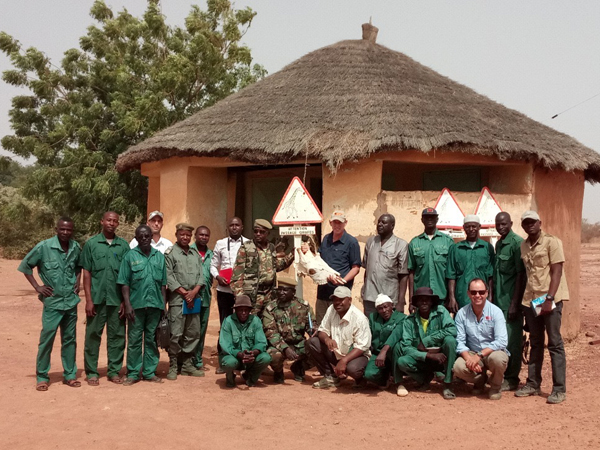 Kadri Abdou, third from the left