UK government is once again urged to review Dangerous Wild Animals legislation in light of the “Stacey Dooley Sleeps Over” programme with Britain’s “Lion King”.

Sign our petition to review and reform laws on the private keeping of Dangerous Wild Animals. 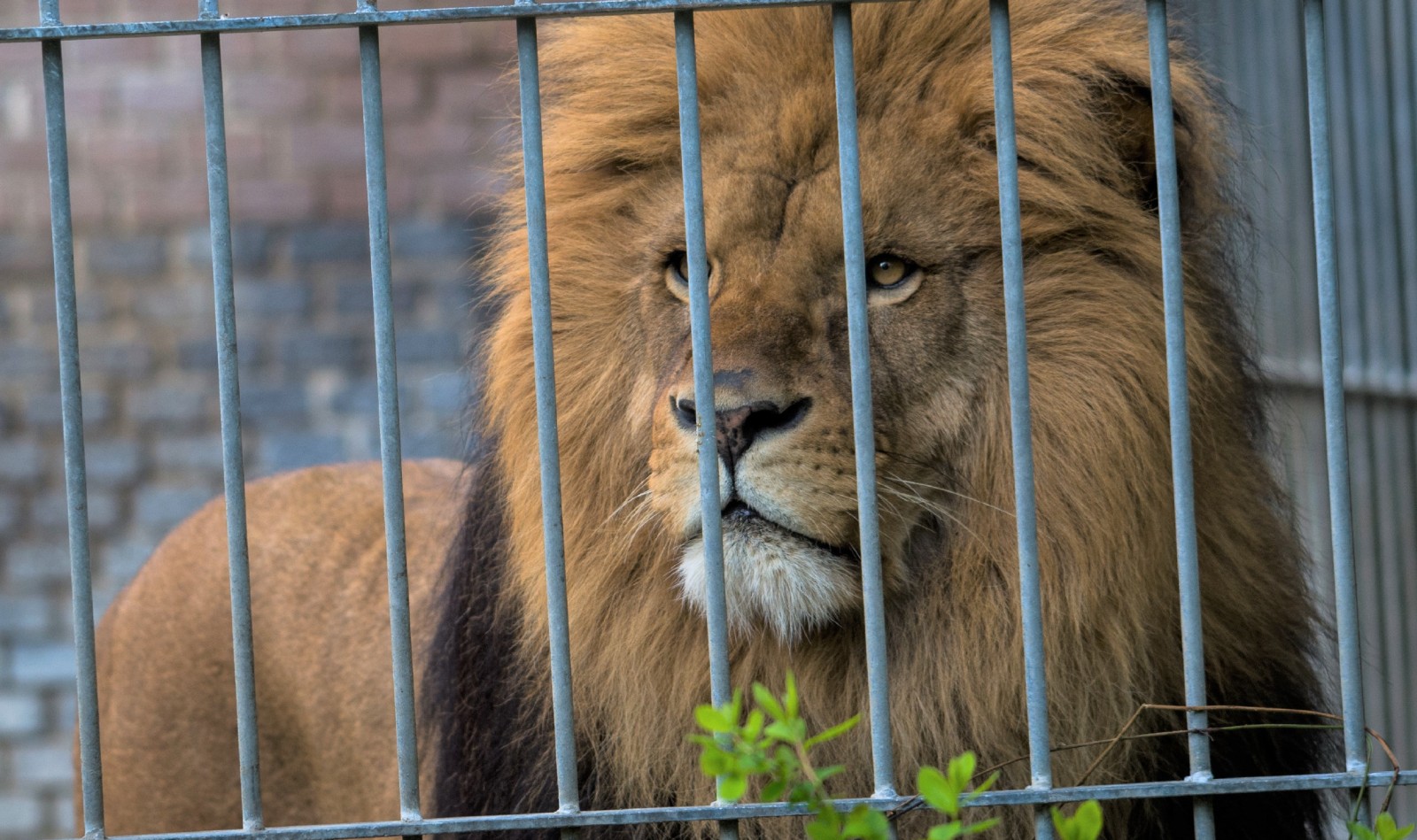 The controversial episode, aired on Monday 24th May 2021, highlights the significant lack of understanding, expertise and space required to care for big cats in captivity. While it is clear the remit of the show is for Stacey Dooley to provide an objective viewpoint, hence the “sleepover” format, Stacey shows the same concern any reasonable person would have at the keeping of big cats in a small enclosure off the M1 in Nottinghamshire.  Born Free, with more than three decades of experience rescuing and rehoming big cats and other wild animals, is calling on the government to urgently review the legislation relating to the private keeping of Dangerous Wild Animals and other exotic pets.

During the programme, Reece Oliver, who owns the big cats, claimed there was nowhere else for his lions to go. Reece said that “it’s not the ideal location for any wild animal and though they belong in the wild… unfortunately it’s too late in life for them for that to happen”.

Born Free welcomes Mr Oliver’s recognition that what he offers these animals falls far short, and would welcome the opportunity to discuss this with him in pursuit of an acceptable outcome for the animals involved.

Stacey Dooley was clearly troubled by the tiny enclosure housing the two lions Reece claims to have rescued from Romania as cubs, stating that, “It feels very confined, very, very small to me.  You have to give credit where it’s due – he wants to give them as much space as possible. This can be legal on paper, but it doesn’t mean morally it’s right. It seems cruel. I'd like them to have more space.”

Will Travers OBE, Co-Founder and Executive President of Born Free commented that “Britain’s Tiger Kings with Ross Kemp and Stacey Dooley Sleeps Over have shone a spotlight on a growing problem here in the UK – the growth in the keeping of exotic wild animals by private individuals in conditions that fall far short of their needs. It is time for this to be addressed through better legislation and through cooperation with current owners to find more humane and compassionate long-term solutions. It is an urgent matter of animal welfare and public safety which will require all stakeholders – government, local authorities, current owners, and welfare organisations to work together to bring it to an end.”

Dr Mark Jones, Born Free’s Head of Policy added that “Stacey Dooley’s programme has once again brought the inherent animal welfare issues and risks to human health and safety associated with the keeping of dangerous wild animals by private individuals, often as ‘pets’, to the public’s attention. Our current, out-dated laws are failing to protect both animals and the public and are in dire need of reform. Before any wild animal can be traded or kept as a pet, the law should ensure that, as a minimum, the welfare needs of the individual animal concerned can be met and owners have the necessary qualifications and experience; that any trade does not compromise efforts to conserve the species in the wild; that there are no environmental concerns such as the establishment of invasive species through escapes, the deliberate release of unwanted pets, and the possible spread of zoonotic diseases; and that there is no risk to the health and safety of either animals or people.”

Born Free is urging members of the public to sign the petition calling for the review and reform of laws on the private keeping of Dangerous Wild Animals in the UK.