SIMBA THE YOUNG LION IS SETTLING IN

With the help of Born Free supporters, the sickly young lion cub rescued in Russia is already enjoying a transformed life at his forever home in Italy. 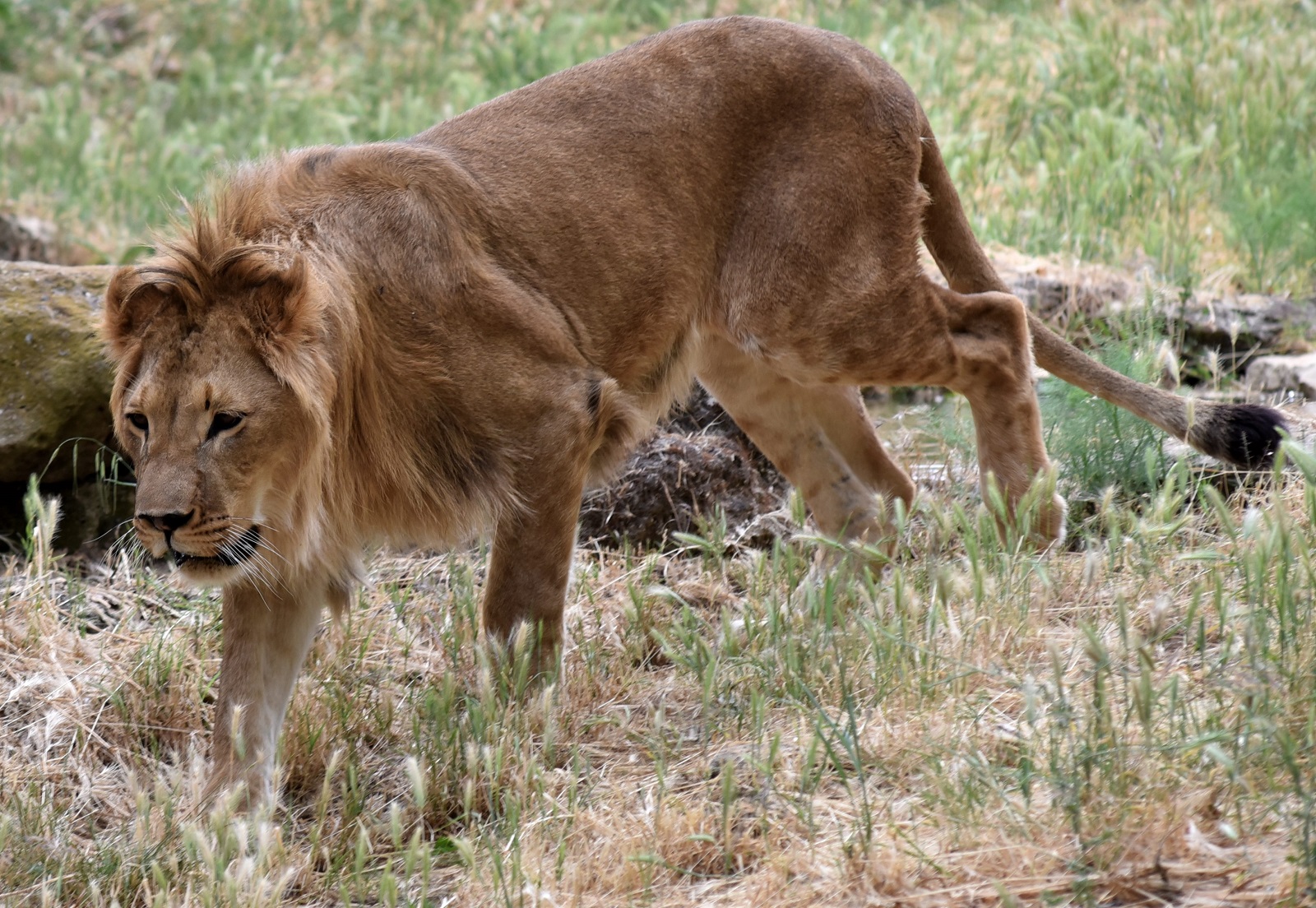 It does your heart good to see how happily Simba the young lion is settling into his new home at Animanatura Wild Sanctuary in Italy, aided by Born Free supporters!

Simba's story also touched the hearts of a generous private donor, who covered the cost of his transport from Belgium to Italy, and two very generous sponsors, Olsen Animal Trust, a family trust established to end animal cruelty and exploitation, and friend of Born Free, Julia Grazien-Smith, who will together match all donations up to £12,000 until 1st September 2022, to help build Simba's new home - how amazing!

Settling in, and enjoying the rolling hills of Tuscany, Simba clearly loves exploring his grassy enclosure, taking a stroll amidst the shady trees and playing tug of war with his food enrichment – hung up high from a rope. 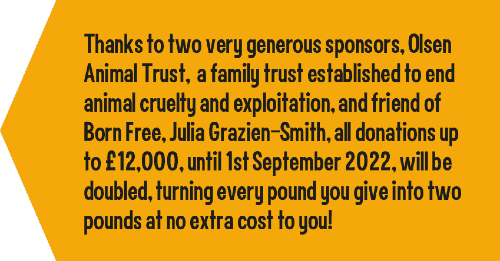 “The first time I met Simba, I was really happy, but also really emotional as I knew his background and really sad story,” explains Margherita, his new carer at Animanatura. Simba is not yet two years' old but, has already experienced an extremely complicated life. He was a sickly cub – only a few weeks of age – when found abandoned in a garage in the suburbs of Moscow in 2020. Desperately crying for his mother, he was an innocent victim of the cruel wildlife trade. Fortunately, he was taken in by Wild Nature Hospital, who nursed him back to health and then asked if we could give him a forever home. How could we say no?!

We knew Animanatura would be the perfect place for Simba but, to make space for him, we first had to build a permanent home for Sandro, a beautiful 15-year-old tiger rescued from a rundown Spanish zoo. Sandro’s new home was finished in May, so the tiger’s temporary enclosure was now available for Simba. So we relocated the young lion from his halfway house with our friends at Natuurehulpcentrum in Belgium, where we had taken him in the meantime, and took him by road to Tuscany.

“Simba has really settled in well to his temporary new home,” said Lisa Russo at Animanatura. “He’s doing everything he should be doing. He’s eating, he’s sniffing around his area, he’s scratching his claws on the tree. We’re now going to build Simba a brand new area, so if anyone wants to help they can be part of this fantastic project and they can build an even better and bigger home for Simba in the future.”

How your gift could help
£5 could buy Simba health-enhancing vitamins
£14 could buy Simba two days’ nutritious food
£26 could buy enticing essences, hidden in a pumpkin as scent enrichment
£64 could buy a giant ball for Simba to play with and chase
£195 could buy one week’s food and expert care
£430 could buy a raised bed for Simba to sleep and eat on
£3,500 could build Simba a climbing platform
£11,400 could look after Simba for one year including food and care
£45,000 would contribute towards Simba’s spacious new enclosure

GIVE A GIFT TO SIMBA TODAY