“I never thought I would be so lucky! Travelling with mum, revisiting some of the places that hold such special memories for her. Hearing the remarkable Born Free stories that live in her heart, was an extraordinary privilege. I was deeply moved and I believe this film will profoundly touch everyone who sees it.” Will Travers

Channel 4 commissioned Leeds based indie Daisybeck Studios to produce a documentary to mark the 50th anniversary of the the film Born Free. Virginia McKenna's Born Free followed the BAFTA winning actress and her son Will Travers as they returned to Kenya to retrace the footsteps she took with her late husband Bill Travers in 1964.

"The challenges Virginia and Bill faced in playing George and Joy Adamson went way beyond learning a script and portraying them accurately and sympathetically. With no CGI to create the interaction between human and wild animals in the 1960s, the actors had to work with real lions with all the dangers that presented. It was a massive risk, the film went way over schedule and budget, resulting in Virginia, Bill and their young family having to stay more than nine months in Africa. Despite the dangers involved this was a movie that changed the couple's future and would lead them to a life long campaign to keep wildlife living free" said Daisybeck Managing Director and Executive Producer Paul Stead. "It's always a great treat as a producer to follow a journey that clearly means so much to those involved as this one does to Virginia and her son Will, who is accompanying his mother to Kenya." 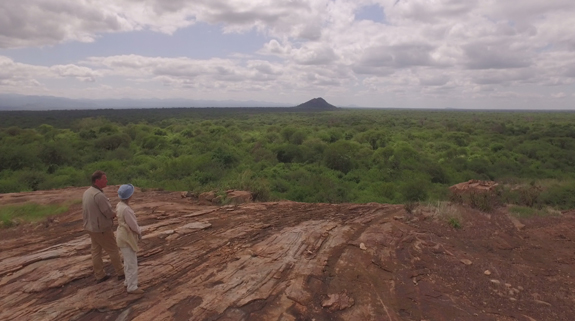