A 42 year old man has reportedly been seriously injured by a bear after he jumped over a stand-off barrier near animal cages at a roadside café in the Irkutsk region of Russia.

The man, believed to have been drunk, was captured on CCTV climbing over a fence in a bid to try and feed the bears some milk through the cage bars. The situation apparently soon took a dramatic turn when the bears reacted aggressively to the intruder and, after a brief struggle, apparently bit off his arm. The injured man was later seen being carried away on a stretcher.

There has been some speculation as to whether the bear/s involved will be put to sleep. Born Free is calling on the Russian and regional authorities to find a new home for these bears, where they can live out the rest of their lives in peace and away from public abuse.

In the last few years there have been several similar incidents involving captive bears, including a three year old Russian girl whose hand was bitten off and a Chinese boy whose arm was severed after they reached into the cages. Just a couple of weeks ago, a man was injured in Thailand when he was pulled into the enclosure whilst trying to feed a captive bear, and a Swedish zookeeper was killed by a bear whilst cleaning its cage.

Whilst most might think twice about trying to ‘pet’ a lion or crocodile, the cuddly ‘teddy bear’ image seems to have blinkered many people into thinking that these animals pose less of a threat. As these serious incidents prove, bears are dangerous and unpredictable carnivores. Yet bears are also sensitive and complex, often suffering terribly in captive environments resulting in the animals developing unnatural, stereotypic behaviours.

To mark our year of Beyond the Bars, Born Free will be hosting a number of events to highlight the suffering of wild animals in captivity around the world. 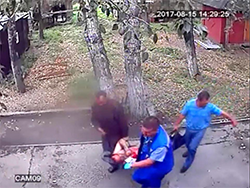 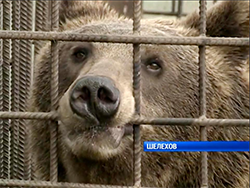