Born Free is relieved to hear that Mr Justice Jay has rejected attempts by a small group, claiming to represent the antiques industry, to derail the UK's Ivory Act.

The group, calling itself Friends of Antique Cultural Treasures Ltd, claimed that the Act, which bans most trade in ivory to, from and within the UK, and sets out detailed rules for limited trade in exempt items, was incompatible with EU trade and human rights law, and that it represented a sledgehammer to crack a nut and was therefore disproportionate.

However, the judge disagreed, pointing out that "the number of dealers in antique ivory likely to suffer the significant losses attested to by the Claimant's witnesses will be relatively small", and that "the Act contains a series of coherent and proportionate measures which do not amount to the metaphorical sledgehammer". He concluded that "the UK is leading the world in its endeavour to protect these magnificent animals (elephants)".

In response, Born Free's Head of Policy Mark Jones said: “This decision puts conservation before commerce and will be enthusiastically celebrated by the great majority of British citizens who support this important measure. We applaud the Judge's decision, and urge industry representatives to desist from further challenge in order to allow the Ivory Act to be fully implemented, and ultimately to protect the world's remaining elephants from further poaching for their ivory.” 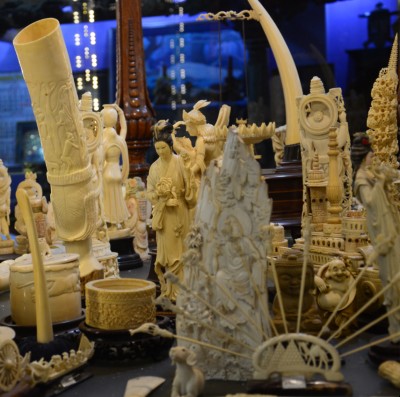 Born Free continues to work closely with the UK government and our partners to ensure the full and effective implementation of the Ivory Act, to extend its scope to other ivory-bearing species, and to encourage other jurisdictions to close their domestic ivory markets without delay.