***The BFF have today postponed their launch of a major report ‘Beyond the Bars’ on the state of British zoos, circuses and exotic pets, which was to have taken place at Portcullis House, the Houses of Parliament this evening. This follows the devastating news of the attack today on our venerable institution.

Howard Jones, Born Free’s CEO, said “Our thoughts and sympathies go out to all those and their families that have been injured and especially to the policeman who was injured in defence of our democracy. I am appalled by this cowardly attack. In respect for the policeman and families involved, as well as in support of the security services, we feel that we cannot continue with this landmark event this time, and look to rescheduling. I am sure you will understand”***

Born Free will launch a 15-point plan designed to protect and ensure the future welfare of the millions of wild animals kept in captivity in the UK - in zoos, circuses and as exotic pets.

The priorities will be unveiled at Beyond the Bars: The Welfare of Captive Wild Animals in the UK - a high-profile event involving Members of Parliament, animal welfare experts, conservationists, veterinarians, wildlife NGOs and special guests - in Westminster this evening.

Virginia McKenna OBE is also scheduled to attend and will personally address the audience on the 33rd anniversary of the charity she co-founded with her husband Bill Travers and her son, Born Free’s President, Will Travers OBE.

The urgent priorities identified by Born Free include Government intervention to:

Will Travers, who will launch the plan, said: “The Prime Minister recently claimed that the UK was number two in the world when it came to animal welfare. However, the lack of attention and effort that has been paid to the keeping of wild animals in captivity seriously undermines that claim. Without resolute action, not only will our reputation suffer, but, more importantly, wild animals in our care will suffer unnecessarily.”

In the past six months, there have been a number of incidents of animals escaping from UK zoos – including an orangutan at Chester Zoo; a gorilla at London Zoo; and, two weeks ago, a cheetah at Port Lympne Wildlife Park, in Kent. Earlier this month, South Lakes Safari Zoo, in Cumbria, was refused a new zoo operating licence following a damning report by zoo inspectors which revealed 486 animals had died at the zoo in four years, and exposed a catalogue of animal welfare concerns. Born Free’s investigations have revealed that many UK zoos do not provide their animals with the best possible living conditions or standards of care, and sometimes put the visiting public at risk.

Last month, there was an attempt to give a second reading to the Private Member’s Bill to ban the use of wild animals in circuses in England. The Bill, introduced by Kevin Foster MP, was blocked by an objection from Christopher Chope MP. The Government first promised to introduce a ban on circuses in England in 2012.

There are thought to be tens of thousands of exotic ‘pets’ kept by private individuals in the UK. A wild animal in captivity has the same needs as its counterpart living in the wild, and specialist care may be needed to maintain individuals in captivity and provide a reasonable level of welfare. Unfortunately, most exotic pet owners are ill-equipped, inexperienced and lacking knowledge of the fundamental behavioural and environmental needs of the animals concerned.

Born Free’s Associate Director for Animal Welfare & Care, Chris Draper, added: “While the UK has been proud of its attitude to animal welfare, and historically introduced some significant legislation to protect animals, we may now have rested on our laurels for too long, particularly in the case of wild animals in captivity. Our understanding of the needs of wild animals has improved significantly in recent years, and we now need to face the unfortunate possibility that our current laws, regulations and standards may no longer safeguard the welfare of wild animals in captivity.”

Born Free is running Beyond the Bars throughout 2017 to highlight the plight of captive wild animals worldwide. The campaign aims to expose suffering and neglect, recommend improvements to animal welfare and the enforcement of legislation, to increase public awareness, support the training of more vets inspectors, and close substandard zoos. For more information, see www.bornfree.org.uk/beyondthebars. 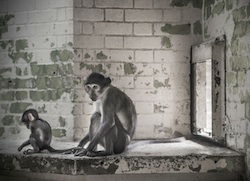 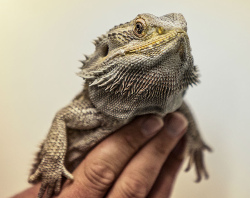 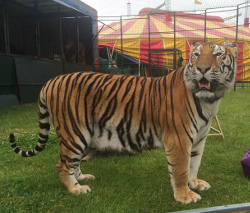