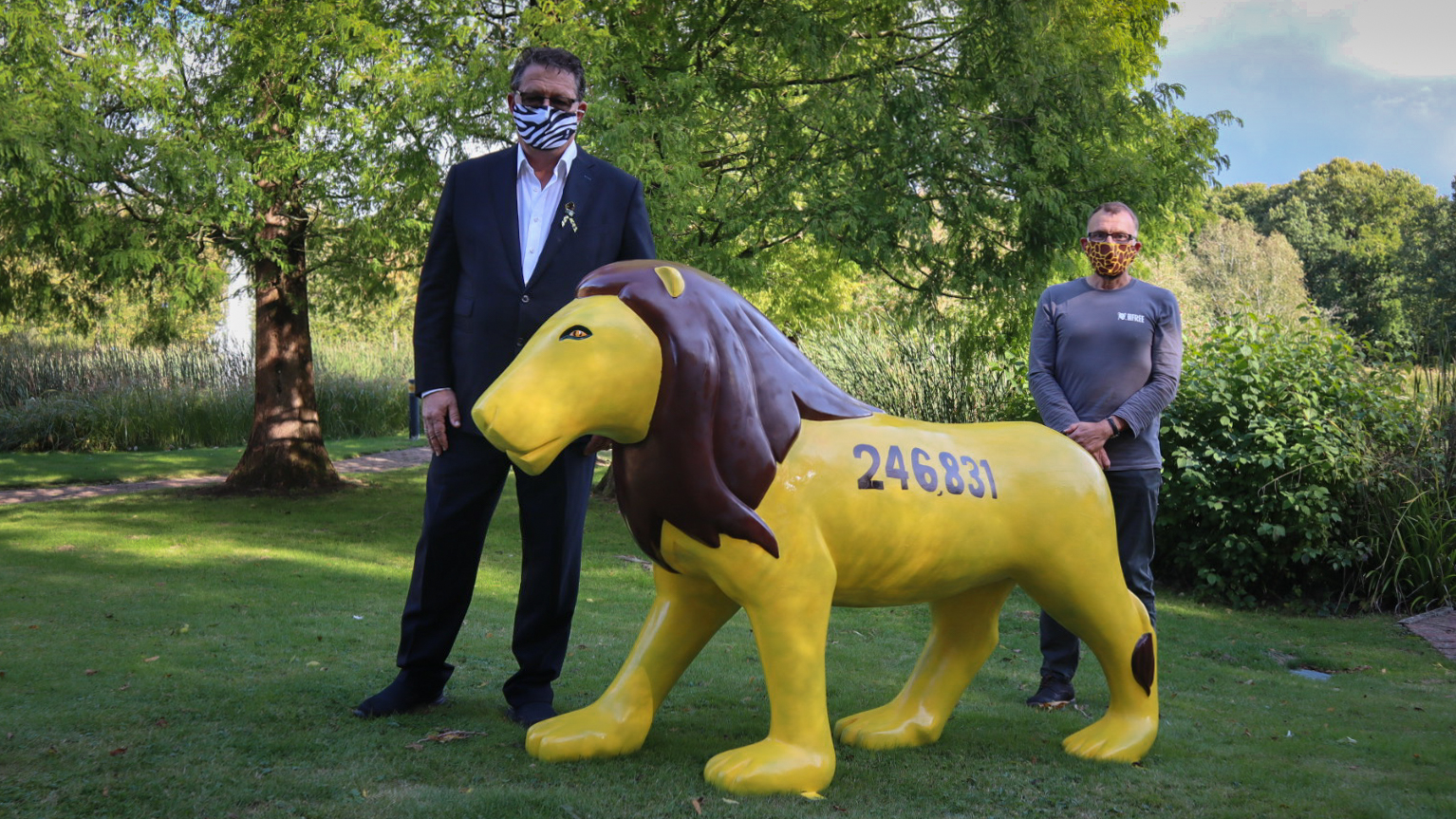 Last year, Born Free released The Bitter Bond—a multi-award-winning animated short film depicting the callous exploitation of lions from birth to premature death by the canned hunting industry. The Bitter Bond was accompanied by a petition calling authorities in South Africa to close down the industry once and for all.

Today (4th October), a year on, and to mark World Animal Day, Born Free has submitted that petition, containing close to a quarter of a million signatures, to South African President, Cyril Ramaphosa and other members of his government.

Will Travers OBE, Executive President of Born Free, said: “Our message is clear: Killing captive-bred wild lions and other species for fun—with no chance of escape—is wrong and must end. President Ramaphosa has the power to immediately initiate the actions necessary to humanely and permanently close the commercial captive predator breeding industry and its associated activities, including captive lion trophy hunting and the export of lion skeletons for commercial purposes.”

South Africa’s captive predator breeding industry, involving as many as 300 facilities and between 8,000 and 12,000 captive big cats, has long been the subject of international condemnation. In 2016, the International Union for the Conservation of Nature adopted a resolution at its World Conservation Congress calling on South Africa to terminate the practice of breeding lions in captivity for the purpose of canned shooting, and to restrict the captive breeding of lions to registered facilities whose documented mandate is as a recognised, registered conservation project.

But killing captive-bred lions for ‘fun’ is only part of the story. Since 2008, South Africa has exported more than 6,000 lion skeletons weighing at least 70 tonnes principally to Lao PDR and Vietnam, the overwhelming majority from captive breeding facilities. The lion bone industry has close connections to international wildlife trafficking, putting wild lions and other big cat species at increased risk from poachers seeking to launder illegal bones and other body parts into the legal trade, a concern echoed in the most recent wildlife crime report from the UN Office of Drugs and Crime. The trade also undermines the hard-won lion conservation efforts of other countries such as Kenya which has seen lion numbers recover from around 2,000 individuals in 2010 to nearly 2,500 today.

There has also been widespread international concern about tourism activities promoted by the predator-breeding industry, including cub petting, walking with lions, and the exploitation of unwitting volunteers who pay to help raise captive-bred lion cubs in the mistaken belief that they are orphans and that, one day, they are destined to be returned to the wild. With regard to the latter, Born Free is a strong supporter of the Claws Out campaign, initiated by a former unwitting volunteer at a lion breeding facility in South Africa who now campaigns to expose the cruel industry and its fake claims.

South Africa’s Biodiversity Management Plan for the African Lion recognises that “there is intense controversy over the merits and ethics of captive breeding and subsequent release for hunting of captive-bred lions”, that “captive lions are bred exclusively to generate money”, and that “captive-bred lions do not contribute to the conservation of the species, especially for population restoration purposes, since inbreeding is known to occur and thus compromises genetic integrity and provenance”.

Responding to these widespread concerns, in November 2018, following a recommendation from the Parliamentary Portfolio Committee of Environmental Affairs, the South African Parliament adopted a resolution which stated: “The Department of Environmental Affairs should as a matter of urgency initiate a policy and legislative review of the captive breeding of lions for hunting and lion bone trade, with a view to putting an end to this practice.” Since then, the government has failed to act.

Indeed, for the past 20 years, the South African authorities have consistently facilitated the growth of South Africa’s captive predator breeding industry by maintaining legislation which enables provincial officials to issue permits for lion breeding and hunting and the export of lion bones.

Born Free’s Head of Policy, veterinarian Dr Mark Jones, said: “South Africa’s lion breeding industry is a cynical and cruel business that exploits tens of thousands of animals for profit, while contributing nothing to lion conservation. Its association with canned hunting and the international trade in lion bones, with all the negative connotations for the welfare of captive lions and the conservation of wild lions and other big cats, has been widely condemned. Plus, the industry’s unashamed exploitation of lions as cheap tourist props is seriously damaging South Africa’s reputation as a responsible international wildlife tourism destination. Our petition, consisting of a quarter of a million signatures, demonstrates the strength of international public feeling. We call on the South African authorities to bring an end to the predator breeding industry, with utmost consideration for the welfare of the animals involved.

“Born Free believes that if South Africa is to be regarded as a responsible and ethical custodian of its wildlife, and a country that sets an example concerning wildlife conservation elsewhere in Africa and across the globe, urgent action needs to be taken to bring an end, in an intelligent and humane way, to the commercial captive breeding and canned hunting of lions and other predators, and, importantly, the sale of their bones and skeletons into international markets,” Dr Jones added.