Thanks to adopters, Born Free’s support of orangutan conservation is having a massive impact and there has been an orange baby boom in Borneo. 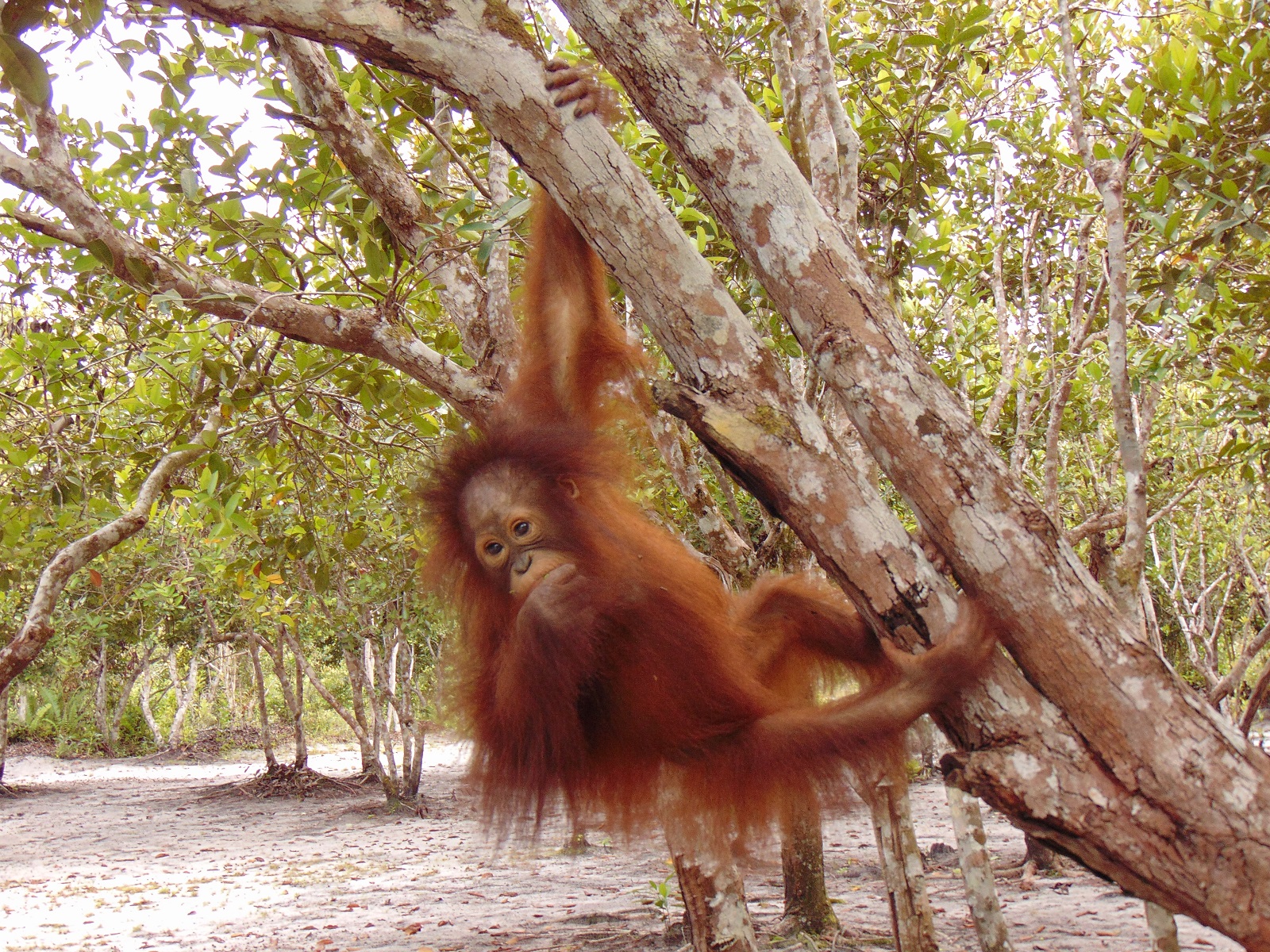 With the invaluable help of supporters who adopt orphan orangutan Timtom, Born Free funds the crucial work of the Orangutan Foundation. Thanks to ‘just one orangutan’  there is exciting news to report from the forests of Borneo.

'Orang' and 'utan' are the Malay words meaning 'person' and 'forest'. These long-haired, orangish primates, found only in Sumatra and Borneo, are highly intelligent and one of the five great apes found on Earth. However, they are highly threatened by extensive habitat loss and land use change due to logging, palm oil production, mining and agricultural expansion. Orangutans are also illegally hunted for meat and captured for the exotic pet trade.

Ilik and Sheila, two wild female orangutans that are closely monitored in the Lamandau Wildlife Reserve have just recently given birth. They both gave birth to healthy boys, taking the total number of recorded births in the Lamandau Wildlife Reserve to nine in the past 12 months. In over 30 years of work in the field, there has never been such a huge orangutan baby-boom.

Protecting orangutan habitat is the key to ensure a safe environment for orangutans and all wildlife. Therefore, conserving the Lamandau Wildlife Reserve safeguards it from illegal activity and habitat loss. Without this vital protection, the team would not have been able to record over 90 orangutan births in the Reserve. We look forward to seeing this new viable population of critically endangered orangutans and further generations.

For orangutans like Timtom who are not so lucky to grow up in the wild with their mother, where they belong, the Orangutan Foundation offers the next best home. Young orangutans are captured by poachers and sold into the illegal pet trade. Authorities work hard to uncover poaching activities and rescue these orangutans. Once rescued, they end up in the care of the Orangutan Foundation, where they receive specialised veterinary attention and support for them to develop the necessary skills for living in the wild.

Like a proud parent witnessing their children graduate from school, we are delighted to see that young orangutans, Pegi, Bumi and Okto have made progress in the care of the Orangutan Foundation. Pegi was rescued in the summer of 2019 having spent more than seven years in a cramped wooden crate. Her owner fed Pegi on a diet of rice, noodles, and fizzy drinks. Okto was also rescued from his life as a pet when he was just three years old in 2014.  Bumi was being kept in a nearby village as a pet and on his rescue, in 2017, it was discovered he had a number of gun pellets lodged in his skin. After years of care and time spent honing their skills, Pegi, Bumi and Okto have finally been released into the Lamandau Wildlife Reserve! This is tremendous news, not only for these two young individuals, but also for the overall population of this critically endangered species in the wild.

The work does not stop though. At the start of October 2021, local fishermen in the Lamandau Wildlife Reserve found a tiny orangutan clinging to the side of a riverbank on her own. After watching the orangutan all day, the mother did not return and the team made the decision to take the young infant in for some much needed food and shelter. The team has named the young infant Sinta, and although understandably wary of human contact, she seems to need no encouragement when it comes to climbing to the top of small trees. Being so young, the Orangutan Foundation will continue to provide fruit for Sinta so that she can gather her strength and one day go back to the wild.

Ashley Leiman, Director of the Orangutan Foundation, said, “The Lamandau Wildlife Reserve has been a hive of activity for our field team in recent months. We’ve recorded two wild orangutan births, rescued a young infant, and seen three former-pets graduate from our soft-release programme and go back to the wild. For critically endangered orangutans, this diverse and protected habitat is a wonderful place to be!”

With your support, Born Free is able to support these efforts to protect orangutans. You can help secure the future for orangutans by adopting Timtom.