Last week, the French Assembly adopted a new law, which will bring an end to the use of certain wild animals for entertainment and fur production, and improve the protection of pets. Born Free welcomes news of this important step forward for animal protection and welfare.

The law, which is now awaiting official promulgation, paves the way for an end to the commercial exploitation of dolphins and orcas within five years, and a prohibition of possession, acquisition or breeding of wild animals by traveling circuses within seven years. The farming of mink and other wild species for their fur will be prohibited with immediate effect.

The new law also contains a series of provisions that will help enhance the protection and welfare of pets, by banning pet stores from selling dogs and cats and displaying animals in shop windows. 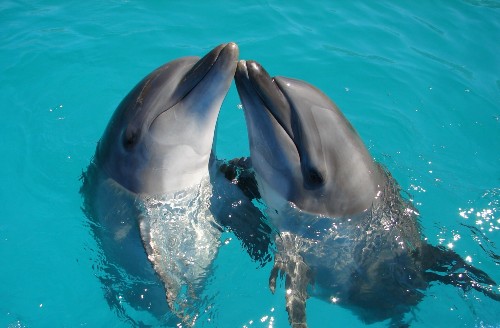 New pet owners will be required to sign a ‘Certificate of knowledge and commitment’ certifying they’re aware of the animal’s specific needs and of their responsibilities as owners. The law also contains provisions to improve the regulation of the online trade in pet animals, prevent the sending of live vertebrate animals through the post, and increase sanctions for abandoning a pet or for acts of grave cruelty against animals.

Importantly, the law will establish a list of the non-domestic animal species that will be allowed to be kept as pets in France (a so-called “Positive List”). Many wild species commonly found in the pet trade are ill-suited to captivity, and live foreshortened, miserable lives. Demand for rare species can also damage their conservation in the wild. Some may also pose a threat to the health and safety of their owners, the wider public, or other animals, through injury or disease transmission.

Born Free’s EU Policy Officer Elodie Cantaloube said: “We salute the French Assembly for adopting the new law, which contains many progressive elements that should improve the welfare of animals. We urge the authorities to implement the measures as quickly as possible, and to ensure they are robustly enforced and that the penalties for transgressions are truly deterrent. France is paving the way for other countries to follow, in Europe and beyond.”