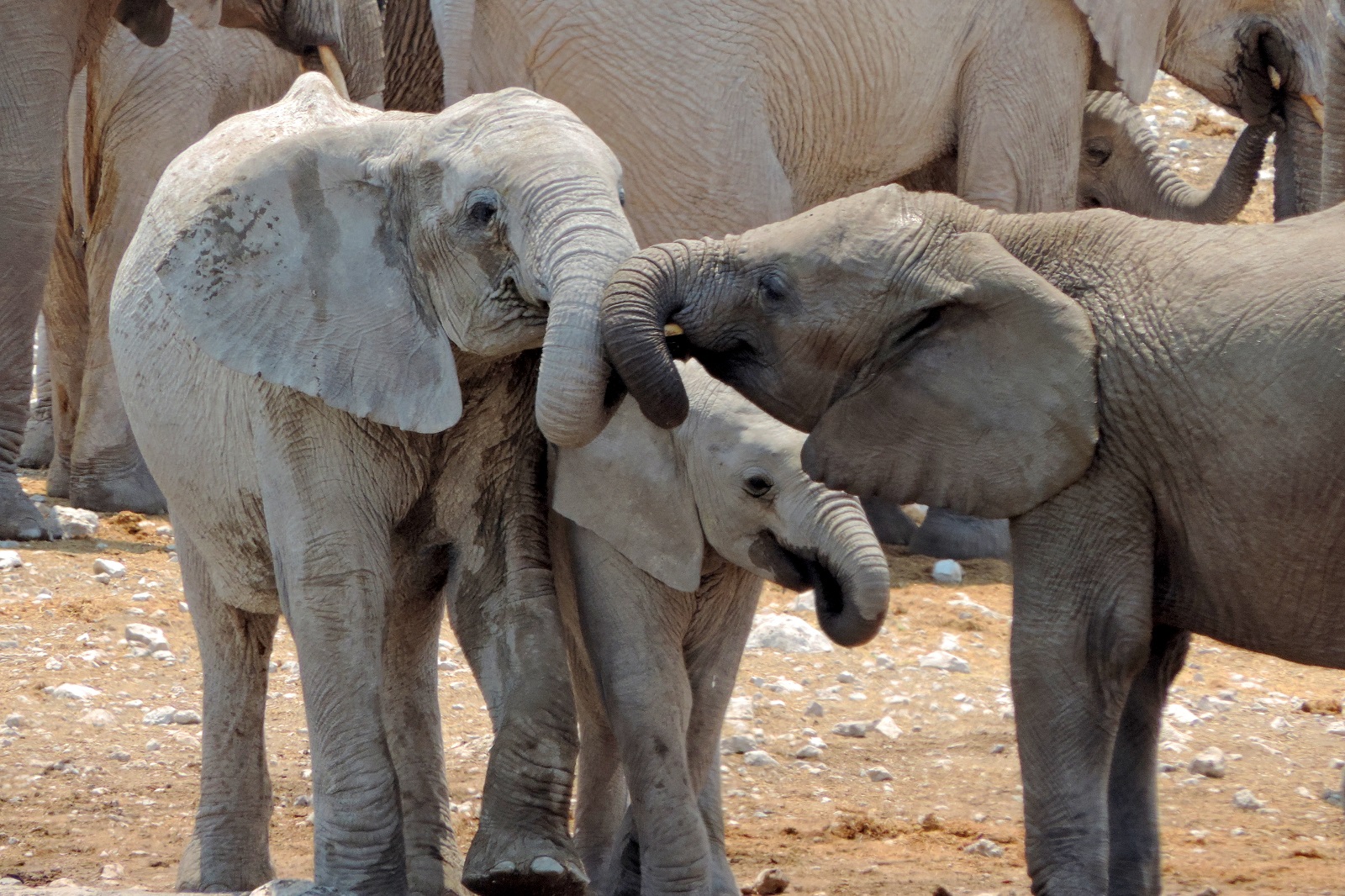 On 6 March 2022, Namibia’s Ministry of Environment, Forestry and Tourism (MEFT) announced that 22 live wild-caught elephants had been exported to the United Arab Emirates in what it called a ‘private transaction.’

The statement did not specify the exact destination, although it is widely believed that at least some of the elephants were destined for the Al Ain zoo, a member of the European Association of Zoos and Aquaria. Reflecting the poor welfare conditions likely to be experienced by elephants at this establishment, even the zoo industry body World Association of Zoos and Aquaria ‘has not been able to determine’ whether their basic Code of Ethics has been met.

In what was clearly a process driven by financial exploitation, the elephants were reportedly sold to a Namibian wildlife rancher following an auction that took place over a year ago, who subsequently exported them. MEFT has claimed that Government proceeds from the sales will go to the Game Products Trust Fund, and would be used for conservation purposes. However, it is believed that private individuals involved in the transaction will have made substantial profits from the sales.

The authorities in Namibia claim the captures were undertaken because of overpopulation and increasing human-elephant conflict in the Kunene region from which they were taken. The region is home to unique and increasingly rare desert-adapted elephants, populations of which are reported to have declined by around 73% since the 1970s. It is believed Namibia may be planning to export more wild-caught elephants in the near future.

Moreover, unconfirmed reports suggest that two of the elephants have given birth to calves since their capture, and others may be pregnant. The shipping of pregnant animals is potentially in contravention of international air travel regulations relating to live animal shipments, which Namibia is committed to uphold.

In response to the news, Born Free’s Head of Policy Dr Mark Jones said: “Born Free strongly opposes the capture of wild elephants for export to captive facilities, which invariably results in unimaginable lifelong suffering and shortened longevity for the individuals concerned, and the disruption of the herds from which they are taken. The capture and export of wild elephants does little to mitigate human-elephant conflict, nor does it represent a credible method of controlling elephant populations.

“We believe these exports were unethical and exploit a dubious interpretation of international law, and that claims of elephant overpopulation and conflict with people have been grossly exaggerated. We will continue to do everything we can to prevent this kind of travesty occurring in the future and to seek compassionate conservation strategies for wild elephants.”

Namibia’s elephants are listed on Appendix II of CITES*, the international wildlife trade treaty, with a restriction on live exports to in situ conservation programmes (to places where elephants do or have recently existed in nature). In an attempt to circumvent this restriction, Namibia is claiming that it can, instead, apply the provisions which would apply to Appendix I-listed populations which allow exports for non-commercial purposes. Bizarrely, zoos are regarded by many as ‘non-commercial’ entities.

In what appears to be a highly cynical move, the exports took place just prior to a meeting of the CITES Standing Committee in Lyon, France, during which Namibia’s interpretation of the rules was discussed. At the meeting, government representatives from a number of countries, including Senegal, Gabon, Burkina Faso, Kenya, Guinea, Congo, Israel, the UK, and representatives of Oceania, questioned or challenged Namibia’s cavalier interpretation of the rules. However, the meeting did not make a definitive ruling on the issue. Even accepting Namibia’s interpretation of the rules, the importing country (in this case the UAE) would need to guarantee that the animals would not be used for primarily commercial purposes, which it clearly cannot do.

Incredibly, the Namibian authorities have claimed ‘the export of elephants out of Namibia was not the Ministry’s decision’, and the head of Namibia’s Ministry of Environment, Forestry and Tourism was subsequently quoted as describing the sale as ‘a private transaction, between buyer and seller, which could not be influenced by the Namibian government.’ However, international rules clearly require the Government of the exporting country to ensure that living elephants will be so prepared and shipped as to minimize the risk of injury, damage to health or cruel treatment, and to issue export permits which guarantee legal acquisition and no detriment to the populations from which the animals are sources.

Dr Jones concluded: “The Government of Namibia cannot abdicate its responsibility towards these animals. Born Free and other organisations have repeatedly offered to discuss humane ways of resolving conflict between people and elephants – should that indeed be the issue – that do not involve ripping live elephants from their families and condemning them to a miserable, curtailed life in captivity. The authorities in Namibia have ignored these offers. It’s high time to bring the capture and export of wild elephants to zoos to a permanent end, and to recognise that elephants, and indeed all wild animals, belong in the wild. That is where we should be investing our time, effort, resources and compassion.”

Born Free’s Policy Advocate and renowned conservationist Ian Redmond OBE added: “Not only is this sale detrimental to the elephants involved, now facing a lifetime of social and sensory deprivation in captivity, it is also detrimental to their ecosystem. Elephants are keystone species in whichever ecosystem they inhabit, pruning trees, dispersing seeds, adding nutrients to the soil (about one tonne of manure per week per elephant) and – in savannah and desert habitats – raising the level of soil carbon.

“Sending wild animals to zoos is a 19th century approach to wildlife; the IMF is now recommending countries should calculate their natural capital and seek payment for ecosystem services. Such payments are likely to dwarf any income from sales of animals to zoos, and present the possibility of a sustainable income in perpetuity for the local communities who share their land with wild animals.”

Born Free will continue to expose and oppose the capture of wild elephants for captive use.