For the first time ever you are invited to choose our McKenna-Travers People's Choice Award! The winner will receive £5,000 to help implement their compassionate conservation agenda.

Our shortlist includes conservationists working to rescue and rehabilitate sooty mangabeys, gibbons and African grey parrots, a project for training teachers in China about cruelty-free alternatives in an effort to change consumer behaviour and a Brazilian road ecologist who plans to install artificial canopy bridges enabling animals to cross highways safely

Find out more about each of our candidates and cast YOUR vote today using the form at the bottom of this page. Voting closes at 11:59 on 5th October 2021. 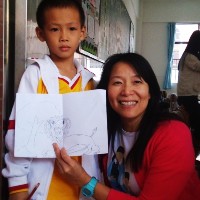 Conservation education for children in China 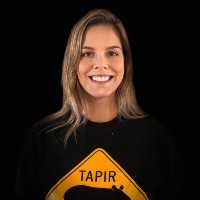 Reconnect: building bridges for arboreal species conservation in the Amazon 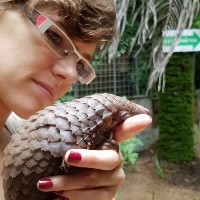 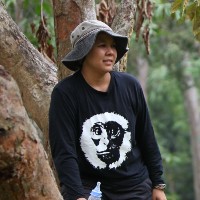 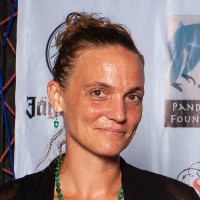 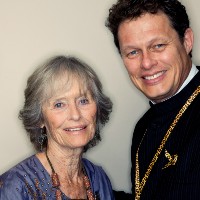 FIND OUT MORE ABOUT THE MCKENNA-TRAVERS AWARD FOR COMPASSIONATE CONSERVATION

Conservation education for children in China

Pei Su is the co-founder and CEO of ACTAsia, promoting compassion for people, kindness towards animals and respect for our beautiful planet through education. Pei has vast experience in human well-being, animal welfare, wildlife conservation, veterinary education and environmental science.

Panellist opinion: Pei Su has helped create reports on the state of zoos in Indonesia, bear bile farming and the illegal trade in hawksbill turtles. Since co-founding ACTAsia, her team has trained more than 3,000 educators and reached over 100,000 children in Chinese public schools through their award-winning Caring for Life Education programme – promoting care and respect for humans, animals and the environment. Pei Su is “a passionate and relentless advocate of education as the main driver for sustainability, protection of animals and conservation of wildlife” and I believe that her project has the potential to effect long-term change on a huge scale. 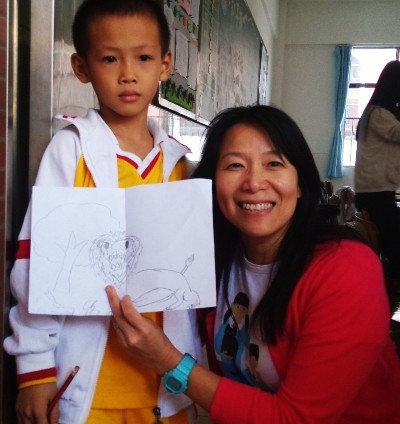 Pai Su’s proposal: A massive global effort is needed to reduce demand and change attitudes in consumer behaviour for wildlife in China. The Caring for Life Education programme will promote compassionate choices to children to reduce the demand for wildlife products and encourage sustainable, cruelty free alternatives. The project is centred around training Chinese primary school teachers, the majority of whom have limited or no experience and interest in animals, wildlife and conservation. They will learn about ‘animal sentience’ and gain knowledge on wildlife habitats, and the challenges we face today in wildlife trade and biodiversity loss.

Reconnect: building bridges for arboreal species conservation in the Amazon

Fernanda is a Brazilian road ecologist, conducting research on the threats that roads pose to wildlife welfare and creating innovative ways to protect canopy species. Currently, she is a postdoctoral fellow at the Smithsonian Institution.

Panellist opinion: The mighty Amazon - its biodiversity and ecosystem services, are threatened by a rapidly expanding road network, which create barriers for many canopy species and drive habitat fragmentation, kills wildlife, and increases poaching. Fernanda has developed an unusual set of skills as a road ecologist, and she is studying and developing interventions to protect vulnerable arboreal species such as spider monkeys by helping them increase canopy connectivity across roads. Vote for Fernanda! Her work will be a life saver for many animals, and help others cope with the ever increasing challenges brought about by new roads.

Fernanda’s proposal: Fernanda plans to install artificial canopy bridges, along a key stretch of highway in Amazonas and Roraima states in Brazil, which will enable animals to cross highways safely. This highway passes through the indigenous territory of the Waimiri-Atroari and is adjacent to the Uatumã Biological Reserve and Rio Negro State Park, both representing extraordinary biodiversity. The artificial canopy bridge will help prevent animals from being killed by traffic, predated, or captured by humans. 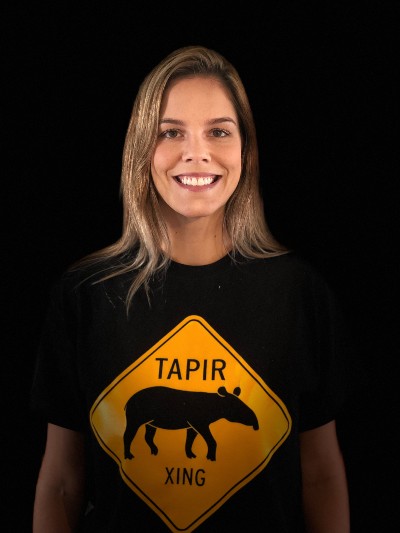 Julie is the Director of Libassa Wildlife Sanctuary in Liberia. A young and passionate conservationist from Belgium, she moved to Liberia after graduating as an animal care veterinary nurse to experience some real, hands-on conservation, and she has not looked back

Panellist opinion: The Libassa Wildlife Sanctuary is home to victims of the illegal bushmeat and pet trade providing a haven for confiscated animals. However, life in an enclosure is far from ideal. Julie plans to release sooty mangabeys back into the wild. The People’s Choice award will pay eco-guards to protect and monitor the released monkeys to ensure their safe and smooth reintegration into the wild. If successful, this would lead to the release of more monkey groups and can be transformative for the sanctuary, for Liberia and for the fate of these individual monkeys who get a second chance at life in the wild.

Julie’s proposal: Sooty mangabeys are a very popular pet in Liberia, although they are fully protected by law. Animals, saved from the bushmeat and pet trade require care and rehabilitation. The goal of Julie’s project is to release a group of 18 confiscated sooty mangabeys back into their natural environment in Wacoloh forest in the Lake Piso Multipurpose reserve. They will be monitored daily for one year by Forest and Eco-guards. This release of sooty mangabeys would be a pioneering first for the country and would act as a guide for other primate species in Liberia such as the endangered Diana monkey. 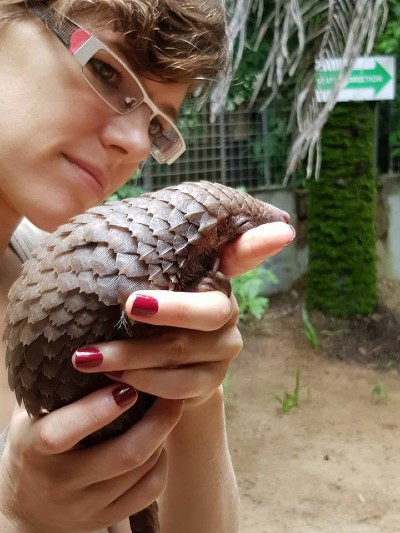 Mariani has been working in animal welfare and conservation in Malaysia for many years. Currently, she is the Project Director of the Gibbon Rehabilitation Project and the Founder and President of the Gibbon Conservation Society.

Panellist opinion: When you think of apes it’s almost always gorillas, orangutans and chimpanzees who come to mind. However, we must not forget the gibbons, and Mariani’s devotion and dedication to the rescue, care and rehabilitation of gibbons in Malaysia is outstanding. Her objective is to return then to the wild which, as Born Free supporters know, is where they belong. Mariani and her colleagues at GReP run the only centre of its kind in Malaysia and winning the MTA People’s Choice would make a real difference to their life-saving work. 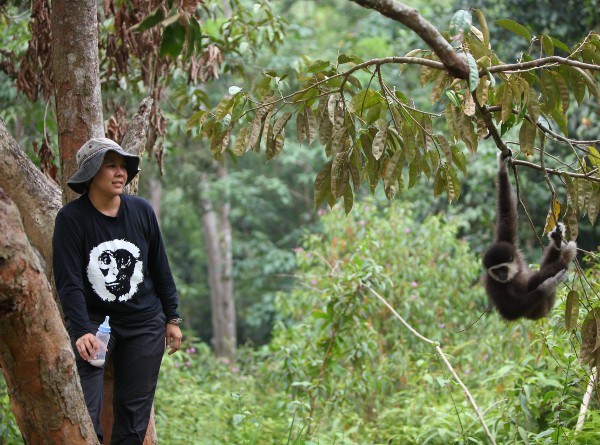 Mariani’s project: Gibbons are captured for the illegal pet trade and when they are rescued, they are traumatised and require immediate care. Without rehabilitation, gibbons may be hard-released into the wild, where they have a 10% chance of survival or they end up in inhumane zoos. Mariani hopes to rescue as many gibbon individuals as possible and to continue to make progress with their behavioural rehabilitation, working towards their release. She will also work with schools to increase awareness about gibbons and empower young children to get involved in conservation.

Peggy has been working in Gabon, Congo and Cameroon for many years, engaging in research, conservation, animal care and monitoring of wildlife. For the last six years, she has been the manager of the Limbe Wildlife Center (LWC) in Cameroon .

Panellist opinion: There will be many in the world who keep parrots in cages. Do they never ask themselves, why does the parrot have wings? It is time they did. All these misguided people should read the words of Peggy Motsch who, as Manager with the Limbe Wildlife Centre, has been challenging the capture and trafficking of African grey parrots in Cameroon. In the past two years 395 parrots were saved from being illegally trafficked and over 171 have been returned to the wild. The problems are many, including finding an alternative way to financially support local people. Imprisoning a wild bird for life is surely not the answer. 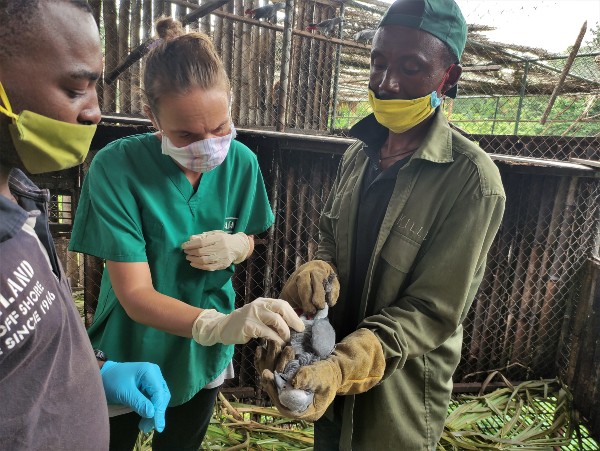 Peggy’s project: The African grey parrot is severely threatened by the illegal pet trade and, with thousands of individuals captured and sold at a rate so high that the total population has been reduced by 20% each year. Peggy’s project aims to continue to rehabilitate and release African grey parrots, while implementing post-release monitoring on the released birds to aid their protection and conservation in the wild. Ten parrots from different flocks will be fitted with GPS tags to monitor them and help improve conservation in the wild. Through an awareness campaign the public will be engaged to inform, educate and inspire the local community to join in LWC conservation efforts.

VOTING IS NOW CLOSED AND THE WINNER WILL BE ANNOUNCED ON 17 OCTOBER 2021.