Could you be the winner of the highly-coveted awards and receive a grant of up to £10,000?

We're calling for applications for the McKenna-Travers Award for Compassionate Conservation (MTA) 2021. The £15,000 total prize fund provides support and recognition for outstanding individual conservationists who place a high priority on individual animal welfare while carrying out their conservation work.

The application period for the McKenna-Travers Award is now OPEN – the deadline for applications is 13th August 2021. Shortlist will be announced on 17th September where Born Free supporters will get the opportunity to vote for their People’s Choice. The MTA winner, judged by a panel including Virginia McKenna OBE and Will Travers OBE, will be announced on 17th October, along with the People’s Choice winner.

The Award will not only raise the professional profile of the winner but confers a substantial project grant worth £10,000 over one year to help the winner implement their compassionate conservation agenda, while the recipient of the People’s Choice award will receive £5,000 for their project.

The MTA is named in honour of Born Free's Co-Founders, actress and wildlife campaigner, Virginia McKenna OBE, her late husband Bill Travers MBE, and their son, Will Travers OBE. Born Free was founded in 1984 in response to the death in captivity of a young, female African elephant, Pole Pole, whom they had filmed with in An Elephant Called Slowly, and dedicated their lives to animal welfare. The winners will be announced on the anniversary of Pole Pole’s death.

Virginia McKenna said: "It is always humbling and inspiring to read the individual stories we receive from people, all over the world, who apply. I hope this award will recognise, inspire and support outstanding individual conservationists, researchers and practitioners, who place a very high priority on animal welfare and who include a compassionate approach to the field conservation of species under threat, conservation policy, or environmental education.”

Last year’s winner, Dr. Olivier Nsengimana of the Rwanda Wildlife Conservation Association (RWCA), said; “It is so encouraging to know that people from all over the world support the work we are doing. 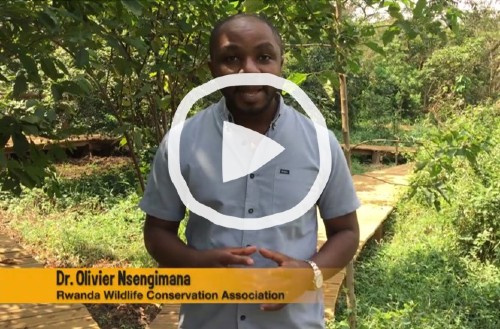 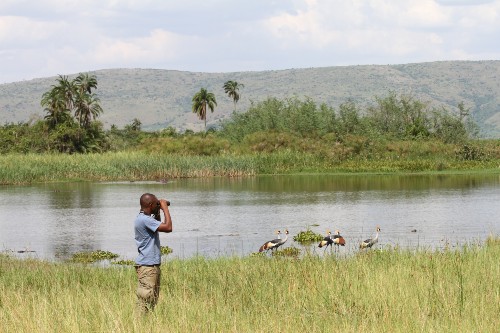 “Receiving the McKenna-Travers Award was amazing; to have the backing of such a prestigious organisation as well as providing us with much needed funds to expand our work. Continuing conservation work at the time of a pandemic has been challenging and this award allowed us to rise above some of those challenges. It boosted our work, involving more communities in conservation, and is enabling us to work across our borders, collaborating with our neighbouring countries to protect the Grey Crowned Cranes.”

The Liberia Chimpanzee Rescue & Protection (LCRP) used their £5,000 funding from the award to build their new intensive care unit. Just two weeks’ old when her mother was shot by poachers and she fell from a tree, Mary Beauty was the very first patient at the vital new unit. With special milk syringe-feeds, antibiotics and round the clock care, the traumatised baby is gradually recovering.

“Mary Beauty has been progressing really well,” explained LCRP Co-Founder Jenny Desmond “and is now at the stage where she can join some of the other young chimpanzees and develop more social and physical skills. It has been so rewarding to see her go from strength to strength – thank you Born Free!”

Entries must highlight the positive welfare impacts of the conservation project being proposed and/or how what is being suggested significantly reduces any negative impacts on individual wild animals.

FIND OUT MORE AND ENTER