Born Free welcomes new legislation to strengthen Malawi’s response to serious wildlife crime, which was unveiled by the country’s Supreme Court this week.

The announcement comes in the wake of news that two convicted ivory traffickers, the Kaunda brothers, who were fined $5,500 in 2015 for their part in one of the world’s largest illegal ivory seizures, have had their previous sentence overturned and will now face eight years in jail.

The ruling to increase the punishment in the case of the Kaunda brothers has set a legal precedent that will be followed by every Magistrate and High Court Judge across the country: that ivory trafficking is a serious crime and warrants imprisonment.

The eight-year jail terms imposed on the Kaunda brothers is based on legislation in place at the time of their arrest, when maximum sentences stood at 10 years. This has now been increased to 30 years with no option of a fine. 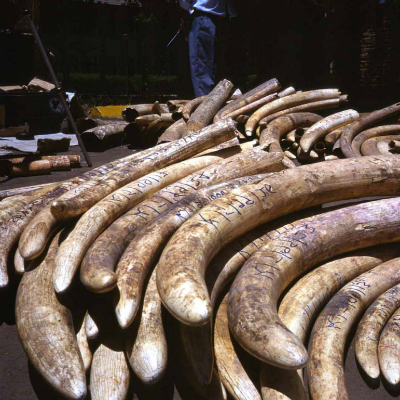 Dr Mark Jones, Born Free’s Head of Policy said: “At a time when the world’s wildlife is in serious crisis, and with illegal trade posing a serious threat to so many species, Governments need to be doing everything they can to deter poachers and traffickers. The Government of Malawi is to be heartily congratulated for introducing these tough new penalties, as is its judiciary for putting the Kaunda brothers behind bars where they belong. Some 400 elephants would have been killed in order to obtain the 2.6 tonnes of ivory seized from the brothers. We sincerely hope that the sentences will prove to be a big deterrent to others involved in poaching and trafficking, so we can give Africa’s magnificent wildlife a secure future.”

Born Free’s partner organisation in Malawi, The Lilongwe Wildlife Centre, described the announcement as “a landmark battle won in the war against illegal wildlife trade.”