A young Eurasian Lynx who had previously escaped from Borth Zoo in Wales has been shot dead by marksmen contracted by the local council. Lillith escaped from the zoo over two weeks ago after jumping over an electric fence. She was shot and killed on Friday after attempts to recapture her failed and authorities deemed the threat to the public ‘severe’.

In a further shocking twist, reports have emerged from the UK Lynx Trust that keepers at the zoo had killed a second lynx last week. The animal, named Nilly,  was reportedly accidentally strangled to death with a dog noose by keepers attempting to move it to a different cage in advance of a zoo inspection. The Trust is now demanding the immediate closure of the zoo and the rehoming of the remaining lynx at a recently established 30-acre wildlife rescue centre in Wales.

The Born Free Foundation is very concerned for the welfare of the remaining lynx at this zoo. After a troubled past, the new management took over less than six months ago and has proven themselves unable to guarantee the safety of its animals. We are calling on the relevant authorities to act promptly to investigate, and if necessary close the facility and allow the animals to be cared for by experts who are equipped and experienced to ensure their welfare and safety. 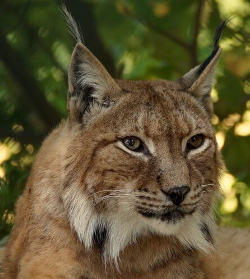