LIONS OF LYON: TWO WEEKS ON 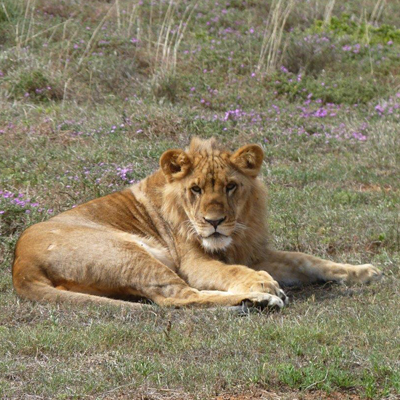 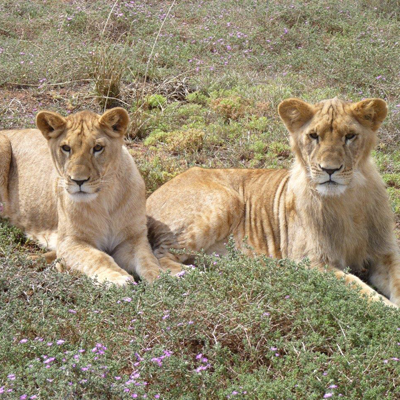 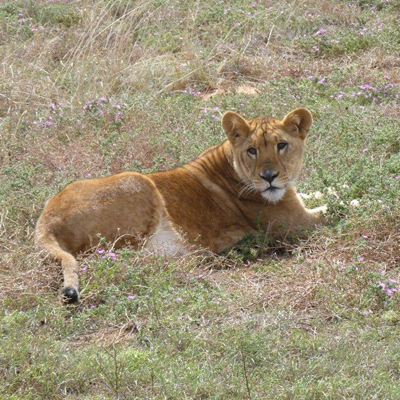 It’s been two weeks since the Lions of Lyon – Horus, Dadou, Cersei and Thea – arrived at our big cat sanctuary at Shamwari Private Game Reserve, in South Africa.

The cubs are all doing very well and gradually adapting to their new surroundings. They are still a little bit cautious, weighing up each situation and deciding whether to stick together or branch out alone. But they are learning quickly and their confidence is growing.

Over the coming weeks they will get more used to the unfamiliar sights, smells and sounds; such as birds they have never heard, wildlife passing by or the other big cats’ roars. When things get a bit much, they run back to their night house where they feel safe. Although, with 45°C temperatures, it’s also a good place to cool down.

Glen Vena, Born Free’s Animal Care Manager explained: “When the other big cats roar, they hide away. This is understandable as they are still very young, in an unfamiliar place, and don’t know their boundaries yet. In the wild they would have protection from the rest of the pride and their mother to guide them.”

It seems that Dadou, Cersei and Thea look up to Horus, the biggest of the cubs. Cersei is brave and is the first one to try something new, and very nosy. Thea has her own mind and disappears into the thickets furthest away to observe everything from a higher level. Dadou is more difficult to read as he seems quite reserved. However, all the cubs follow each other around to see what the others are doing. They are very companionable and often sit together.

They are eating well and always eager to receive a meal. During feeding they become competitive but never fight, and as long as each gets a portion, all is well. Horus is generally the first to take his food, followed by Cersei, then Thea and for some reason Dadou wants to be last.

Neighbours Jora and Black are not that bothered by the cubs, but their other neighbour King, has watched them with great interest. King’s roar was the first sound the cubs heard when they arrived at the sanctuary.

The cubs have been busy exploring their new habitat, climbing on their jungle gym and investigating any small creatures they find. When they notice they are being watched, they stop what they are doing and stare back, they are so inquisitive. Even in a week, it seems they have changed so much.

None of this would have been possible if they had not been rescued from the illegal pet trade. The cubs are thriving and, thanks to your support, they are enjoying their new life.