LIONS OF LYON: ONE WEEK ON 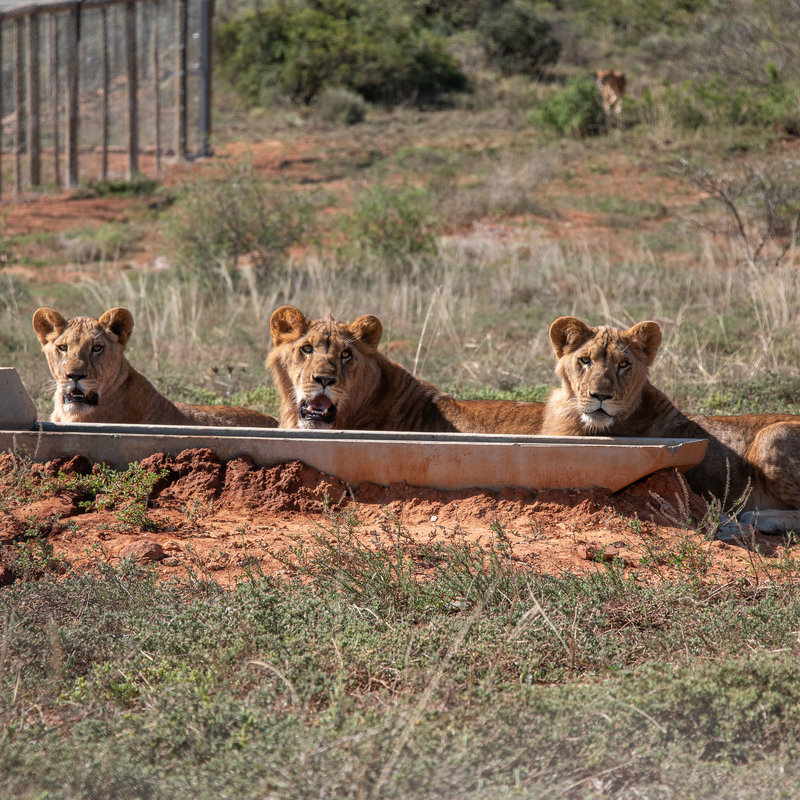 It’s been a week since the Lions of Lyon – Horus, Dadou, Cersei and Thea – arrived at our big cat sanctuary at Shamwari Private Game Reserve, in South Africa.

The cubs are all settling in quickly. They’re eating red meat and have been exploring their new home.

The weather in Shamwari has been incredibly hot in their first week, with temperatures approaching 40c. During the hottest hours of the day, the cubs have been snoozing in a shady spot, or in their night house, but as soon as it gets cooler, they’re up and about.

One evening this week, all four cubs were spotted playing by their jungle gym. Brave Cersei had plucked up the courage to do some climbing, while Horus, Dadou and Thea were rolling in the grass. One afternoon, they were by their water trough, drinking together.

Dr Chris Draper, Born Free’s Head of Animal Welfare & Captivity, said: "Thank you to everyone who made the Lions of Lyon’s journey to Born Free’s big cat sanctuary in South Africa possible. You have made a real difference to their very young lives. These are the lucky ones: a great deal more work remains to end the cruelty of the keeping and trade in big cats as pets."