Born Free is set to undertake its biggest lion relocation to date after the rescue of four lion cubs from captivity in France. It is now appealing for funds to give the four cubs, known as the Lions of Lyon, a lifetime home at its big cat sanctuary in South Africa.

The four cubs – Horus, Kuuma, Dadou and ‘Girl’, who is yet to be named – are only a few months old, and are believed to have been taken from their mothers before they were weaned. They were rescued from lives facing terrible suffering, and were found to be battling various ailments.

The cubs were each all found in different locations across France, being kept as pets in completely inadequate conditions: 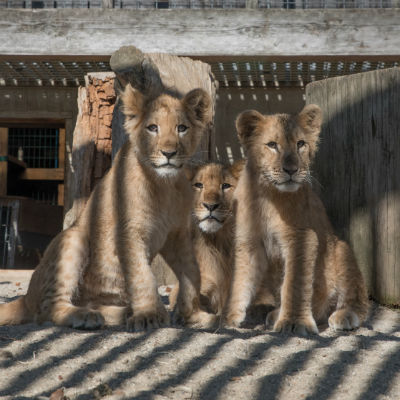 Thanks to the intervention of the French authorities and Born Free’s partners Fondation 30 Millions d'Amis, the cubs have now all be transferred to a safe location near Lyon while they await their transfer to Born Free’s big cat rescue centre at Shamwari Private Game Reserve in South Africa. There, they will receive lifetime care in a safe, spacious and enriching environment, surrounded by the sights and sounds of Africa.

Dr Chris Draper, Head of Animal Welfare & Captivity at Born Free, who is overseeing the relocation of the cubs to South Africa, said: “The tragic stories of these cubs are the direct result from the appalling and continued demand for wild animals as ‘pets’ and in circuses. These four cubs face a happier future in our care, but we must also work to stamp out the trade in wild animals as pets and bring to an end the use of wild animals in circuses once and for all.”

You can help send the Lions of Lyon home to Africa. To find out more and make a donation, click here.