Born Free is horrified to learn that more than 64,000 badgers may be killed under licence during 2019, as the government extends its culling policy by an unimaginable scale.

On 11th September, the government announced that as well as extending licences for existing cull zones, 11 new zones would be licenced, bringing the total number of zones in which culling is taking place this year to 42. The licences stipulate that a total of between approximately 37,400 to 64,400 badgers are to be targeted during 2019, using either trapping and shooting, or controlled shooting (the use of rifles to shoot free-roaming badgers at night attracted to bait points).

Born Free’s Head of Policy Veterinarian Mark Jones, said: “The sheer number of badgers that could lose their lives under this disastrous policy beggars belief. If the shooters reach their maximum targets, it will bring the total number of badgers killed across the west and south west of England since this policy began in 2013 to more than 130,000. Badgers could disappear altogether from areas of the country they have inhabited since the ice age, and none of this will benefit farmers or their cattle.” 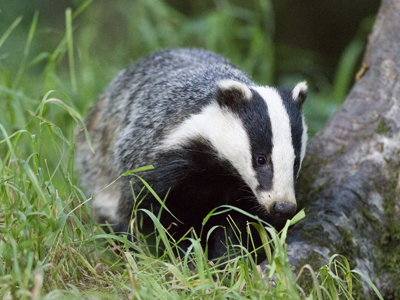 Born Free and others have provided incontrovertible evidence to government and veterinary officials showing that, after six years of culling badgers in the original Gloucestershire cull zone, bovine TB rates among cattle remain roughly the same as when culling started. Moreover, the majority of the badgers killed to date have been targeted by so-called controlled shooting, a method condemned as inhumane by the government’s own Independent Expert Panel and the British Veterinary Association.

Jones continued: “After six years, and the killing of almost 70,000 badgers, the government has failed to provide a scrap of evidence to show that the culls are making a substantial difference to TB rates among cattle. Yet this government seems determined to continue to spend vast amounts of public money extending the massacre. Moreover, while the government claims the cull company operations will be “effective, safe and humane”, the level of independent monitoring is so low they will have no idea what is actually happening on the ground, and many thousands of animals are likely to suffer slow and painful deaths. The fact that this policy has the backing of veterinary authorities makes me ashamed of my own profession.”

Born Free will continue to do all it can to persuade government to abandon the badger culling policy, and instead promote effective, humane  and publicly responsible methods of controlling bovine TB in cattle.