Born Free last week wrote to a number of MPs proposing revisions to the Animal Welfare (Kept Animals) Bill, currently being considered by the House of Commons Public Bill Committee.

The Bill has already received its first and second reading in the House of Commons on the 8th June and 25th October respectively, and forms a key part of the Government’s Action Plan for Animal Welfare which was announced earlier in the year.

The five overarching animal welfare issues addressed by the Bill are: 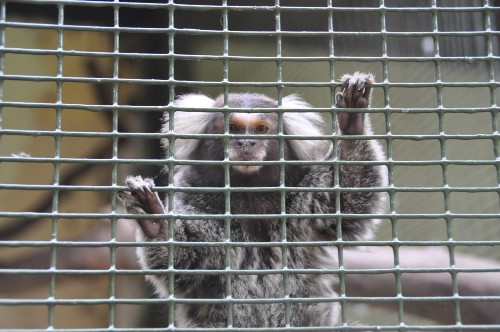 Current proposals within the Bill relating to captive wild animals include the introduction of a licensing system for the keeping of primates as pets, and amendments to the Zoo Licensing Act which aim to 'ensure that zoos are doing more to contribute to conservation.'

With regards to primates as pets, Born Free is calling on MPs to table the following amendments:

In its 2019 manifesto, the Government committed to ban the keeping of primates as pets. However, the Bill in its current form falls well short of fulfilling this commitment, in that it creates a licensing system that will allow private individuals to continue to keep, breed and trade in primates if they can meet the licensing requirements. Born Free’s report in collaboration with RSPCA, entitled “The Exotic Pet-demic” released earlier this year highlighted that the trade in and keeping of exotics pets in the UK poses significant risks to animal welfare, species conservation, animal and human health and environmental integrity.

Chris Lewis, Captivity Research Officer at the Born Free Foundation, said: “We call on the Government to make good on its commitment and introduce a comprehensive ban the private ownership of primates, with existing owners grandfathered under a registration scheme focused on addressing welfare concerns, with a condition of no breeding and no trade (commercial or otherwise). The two-tier standard the Bill in its current form would introduce will lead to a perpetuation of the keeping, breeding of and trade in primates by private individuals, for no clear conservation purpose and with ongoing associated welfare concerns. All primates suffer when held captive and there is no reason for this practice to continue to be permitted.”

Born Free is calling on MPs to table the following amendments relating to the Zoo section of the Bill:

Born Free feels it is vital that ‘conservation measures’ are clearly defined and only include activities which have a direct and measurable benefit to animals in the wild. The zoo industry’s current definition of what constitutes a conservation measure is too broad and enables zoos to satisfy the licence requirements without making meaningful contributions. Zoos also mistake criticism regarding conservation expenditure as a lack of understanding by external organisations. However, the zoo industry frequently contradicts itself, by on the one hand highlighting that financial expenditure should not be the sole determinant of conservation success, while on the other emphasising how much money they spend on conservation each year. It is therefore vital that zoos are mandated to contribute an appropriate level of financial support towards conservation projects, but also that the conservation impacts of these projects are assessed during the zoo inspection process.

Chris Lewis, Captivity Research Officer at the Born Free Foundation, said: “Conserving species and their habitats in the wild, including through reintroductions, should be at the forefront of any conservation action. The zoo industry’s attempts to water down future conservation standards suggests a reluctance within the industry to move away from being entertainment attractions and a failure to live up to their self-proclaimed status as centres of conservation.”

You can follow the progress of the Bill here: The Animal Welfare (Kept Animals) Bill