"In all the years I have visited zoos and circuses, I have never seen a lion in such a pitiful, heartbreaking and shameful condition.” - Virginia McKenna OBE, Born Free's Co-Founder & Trustee 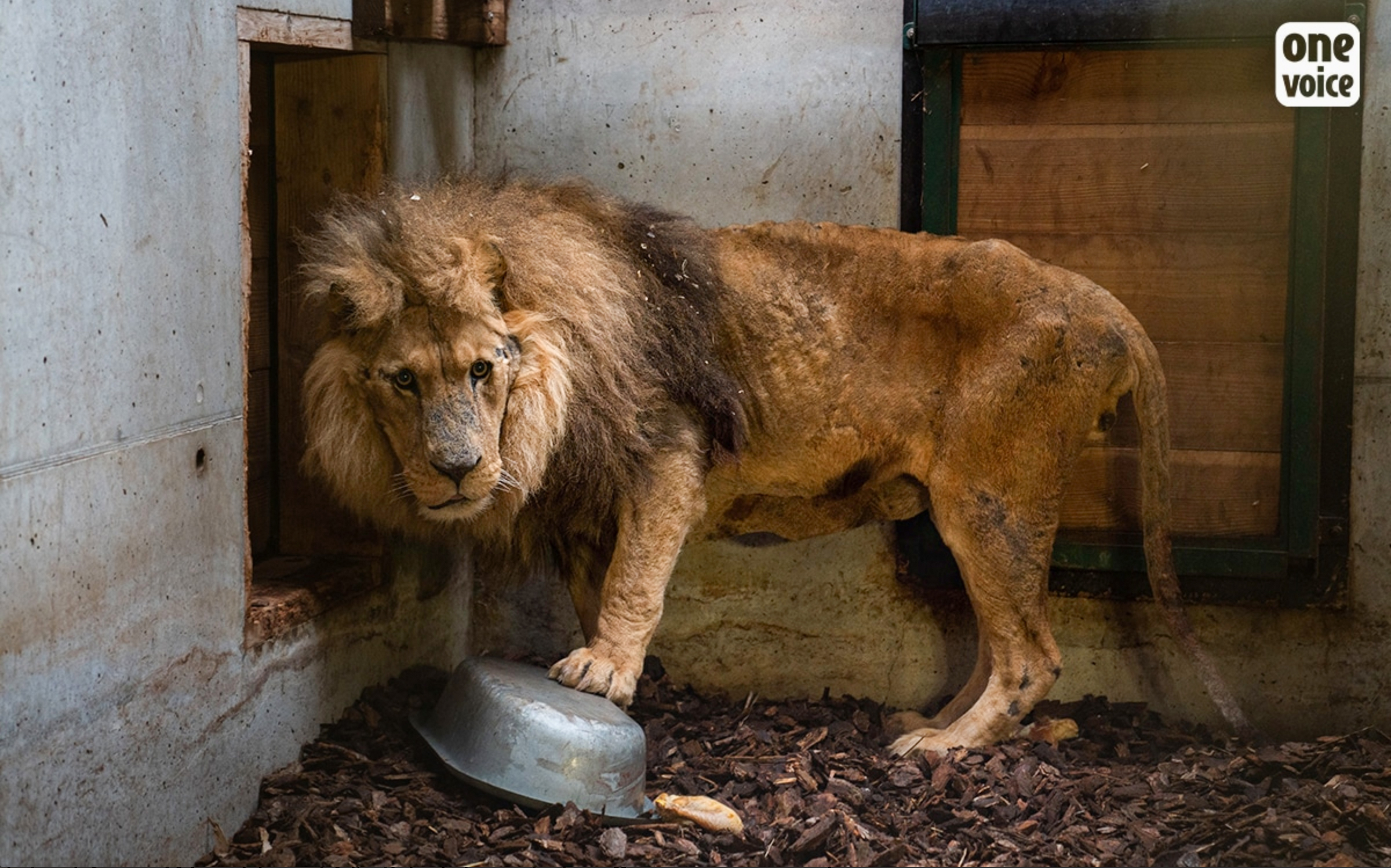 This is Jon. Emaciated, declawed, and with barely any teeth, he was rescued last week from a circus in France where he was being kept illegally in appalling conditions.

We don’t know how old he is, but we do know that Jon is clearly unwell and that his recovery will take a very long time.

Dr Chris Draper, Born Free’s Head of Animal Welfare & Captivity, said: “Jon is extremely underweight. It will become more clear in time whether this is either a result of inadequate feeding or an underlying health condition. I am delighted that he is now in a place of safety where his health can be examined and addressed properly, and we look forward to working with OneVoice and other partners to devise a plan to relocate him to a lifetime care facility in due course. Jon’s condition is proof, once again, that circuses are no place for wild animals.”

Virginia McKenna OBE, Born Free's Co-Founder & Trustee, said: “In all the years I have visited zoos and circuses, I have never seen a lion in such a pitiful, heartbreaking and shameful condition. There are no printable words to express what I feel about all the people who, obviously, cared nothing for him. Allowing this beautiful animal not only to endure hideous captive conditions , but to starve him as well. In my view, the perpetrators of this cruelty should receive the strongest punishment. The circus should be closed immediately, all the animals rehomed – never to work in a circus again – and the circus owners and workers banned from owning or working with animals for life. Thanks to both OneVoice and Tonga Terre d’Accueil, Jon is now beginning his slow recovery. Too soon now to know what his future will be, but we are always here to offer him one.”

Muriel Arnal, Founding President of One Voice, added: “Jon shows the physical evidence of the mutilations and acts of cruelty that he has suffered for years without respite. The torture he has endured is that of all circus lions, majestic animals reduced to the status of puppets used purely for entertainment.”

Jon is now being rehabilitated at Tonga Terre d’Accueil while legal action is taken to secure his lifetime care. We will then work to find sanctuary space for Jon, hopefully in South Africa.

We are also aware of other lions connected to the circus Jon was rescued from, so more rescues may be needed very soon.

Jon’s sad story is why we are calling on the French government to ban the use of wild animals in travelling circuses. We are currently raising funds to give four other lions from a French circus – Angela, Bellone, Louga and Saïda – a lifetime home at our big cat sanctuary in South Africa, and will now expand this to include Jon’s future relocation. Jon is the 11th lion with connections to a French circus we have helped in just three years.

Please join our call for a national ban on the use of wild animals in travelling circuses in France, and to help us give Angela, Bellone, Louga, Saïda and Jon a lifetime home.