We chair the 75th Anniversary Webinar for the International Whaling Commission, with contributions from leading experts and special guests. 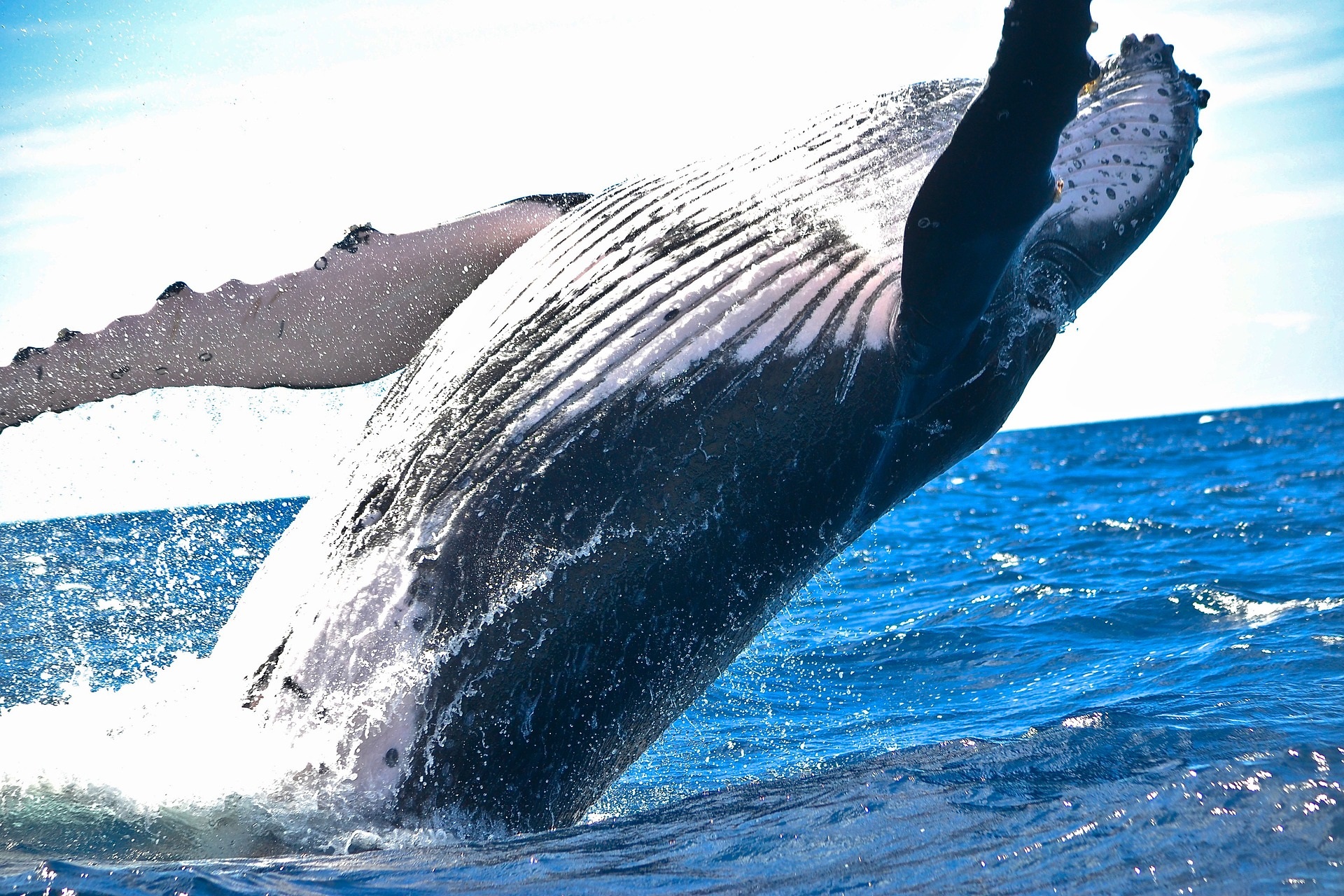 The event was organised by Wildlife and Countryside Link's Marine Mammal Group, which involves a number of leading wildlife and marine conservation organisations including Born Free, International Federation for Animal Welfare, Whale and Dolphin Conservation and Humane Society International.

The webinar focused on the evolution of the IWC from a whaling management body established in the UK in 1946, to a leading whale conservation and research organisation today.

The webinar was opened with a passionate presentation from Dr Jane Goodall praising the work of the IWC as a conservation organisation but also drawing attention to the many threats facing whales, dolphins and other cetaceans around the world, as a result of continued whaling and hunting, entanglement with fishing gear, ship strikes and marine pollution. “There are solutions,” said Dr Goodall, but our governments must prioritise them and support the IWC… for the sake of these incredible animals, for the sake of the next generation who care so deeply for our planet, and for the health of the precious ocean on which we all rely. We must not fail.”

This was followed by a powerful short film looking at how industrial whaling nearly drove the species to the verge of extinction by the 1970's and how the last 40 years has seen a slow recovery in whale numbers in oceans around the world. Andre Bibic the current Chair of the IWC and Commissioner for Slovenia, made a presentation looking at the how the IWC is prepared to meet the many challenges of the 21st century and how it is committed to the long term protection of whales working with both governments and the conservation sector.

Naturalist and Broadcaster Chris Packham also made a guest presentation on the importance of protecting whales not least because they play such important role in capturing carbon from the atmosphere, with each whale in the ocean worth over a thousand trees on land. James Smith the UK IWC Commissioner looked back at the history of the IWC as British based organisation and the leading role the Ministry of Agriculture Fisheries and Food and more recently Defra has played in supporting the IWC Secretariat, hosting major IWC meetings and funding key areas of its conservation and research work.

James also read out a statement from Lord Goldsmith UK Minister for the International Environment, who emphasised how the British Government had used its Presidency of COP26 in Glasgow to put protection of the worlds oceans at the heart of tackling the climate change crisis.

The second half of the webinar focused on the 50 year vison going forward for the IWC from the NGO conservation sector perspective. Mark Simmons OBE marine biologist and environmental scientist, gave a passionate and inspiring presentation on the many threats facing whales, dolphins and other cetaceans in our oceans around the world.

Sue Fisher, Marine consultant for the Animal Welfare Institute, looked at how the IWC needed to be structured and funded for the future to ensure it remains a key conservation body protecting whales and other cetaceans. Matt Collis, Deputy Vice President for Conservation at the International Fund for Animal Welfare, chaired a panel debate for the final part of the programme bringing together leading academics, policy makers and economists with a vast amount of experience of working with the IWC.

Dominic Dyer closed the event by looking at a few consistent themes which came through the presentations and panel discussion:
•    The wider public are deeply concerned about the many threats to whales, dolphins and other cetaceans from commercial whaling in Japan to the hunting of pilot and dolphins in the Faroe Islands
•    IWC's evolution over the last 75 years places it firmly at the centre of global efforts to address the multitude of threats that cetaceans now face
•    We need renewed political will from its contracting governments to scale up and fully resource that work
•    IWC should place the ecological value of cetaceans at the centre of its work, including efforts to fund its vital research and threat mitigation
•    The health of our oceans needs to be right at the heart of the global effort to tackle the climate change crisis.

The final closing words came from actress Dame Judy Dench, who called on the world to make stand up to protect cetaceans. “It’s time for governments to make sure whales and dolphins finally survive.”

The webinar can be viewed at: https://www.youtube.com/watch?v=db48Oa3yLXg