Last week, UK MPs held a Committee meeting at Portcullis House on the Ivory Bill. The Committee is the third stage in the process to bring the Government’s ivory trade ban – announced in April to ban the commercial trade in elephant ivory within, to and from the UK – into UK law.

Born Free has been campaigning for a global ban on commercial trade in all ivory products since 1989, and has been supporting the UK Government in its ongoing efforts to introduce a ban in the UK.

Will Travers OBE, Born Free’s Co-Founder and President, was invited to give evidence at the Committee. He spoke on a wide range of issues and areas associated with the Bill including its scope to include other ivory-bearing species, the impact the Bill could have on poaching, and assisting local communities who live alongside elephants.

On expanding the scope of the Bill, Travers said: “We suggest that the Government… look at hippos, narwhal, hornbill—which are also facing extinction because their bills are a surrogate for ivory—walrus and not just CITES-listed species but non-CITES-listed species. We recognise that the trade—particularly the legal one—is entrepreneurial and will move to wherever there is an opportunity. Species such as warthog could come into the frame very rapidly as interest in ivory shifts from elephants, which are getting a huge amount of attention, to other ivory-bearing species. 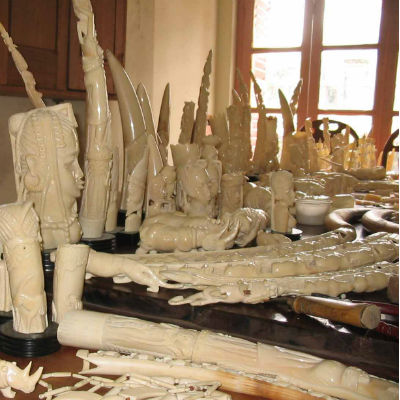 “In summary, we would like real attention to be paid to the issue, but we want to make sure that that does not in any way delay this process. That would be detrimental to what is under way.”

On how tough the Bill could be versus other countries, Travers said: “The UK, having proclaimed that it would take action quite some time ago, is now in a position to reassert itself as a leader on this issue, not only on our own domestic front, but in the investment we make in supporting African countries in their efforts to tackle illegal trade. It will be one of the toughest. It might not be the toughest—I believe that Taiwan, for example, has a full ban, which is coming in in very short order, with no exemptions and no compensation—but we will certainly be up there.”

On helping local communities, Travers said: “Investment in wildlife law enforcement in Africa is really important. It is about boots on the ground, but also about agencies that prosecute people. It is about legal systems and ensuring that deterrent sentences are indeed just that and are effective, and that people do not get off with a slap on the wrist. It is about ensuring that law enforcement officers are properly trained and can carry out their duties effectively.

“Many of the ecosystem services that the poorest people in Africa depend on come from protected areas. If we are not investing in the protected areas where elephants and other species live, we are not doing a great service either to the species we wish to protect or to the people who live, literally, downstream from those protected areas.”

Born Free continues to applaud the Government for its recognition of the need for the UK to take action on the commercial ivory trade, and will continue to support and encourage the Government as the Bill makes its way through Parliament.

READ THE FULL TRANSCRIPT OF THE COMMITTEE