A group of veterinary professionals, including Born Free’s Head of Policy Mark Jones, has written an open letter to the Veterinary Times and Veterinary Record criticising the Government for its failure to take action to prevent hunting hounds spreading bovine TB, while continuing to licence the slaughter of large numbers of badgers.

A scientific publication by researchers at Edinburgh University, in association with the Department of Environment, Food and Rural Affairs (DEFRA) and its agencies, described how almost 60% of the roughly 180 hounds belonging to the Kimblewick Hunt, which were tested in 2016 and 2017, were found to be infected with bovine TB.  The hunt, with which DEFRA Minister Lord Gardiner of Kimble is associated, is active across parts of Bedfordshire, Berkshire, Buckinghamshire, Hampshire, Hertfordshire and Oxfordshire. The researchers confirmed the infected hounds could be a risk to human and animal health, and could also contaminate the environment with the bacteria that causes bovine TB. The affected animals were subsequently destroyed.

However, prior to the revelation, the hunt had been running its pack hounds across large areas of countryside, putting cattle and other domestic and wild animals at risk of infection. Outbreaks of bovine TB among cattle in the area where the hunt operates may well have originated from these hounds, which themselves are likely to have become infected through the feeding of meat from fallen infected cattle, or through the exchange of hounds with other hunts in bovine TB-affected areas of the country.

Hunts also commonly keep their hounds in overcrowded and squalid conditions, compromising the welfare of these poor animals and creating the conditions in which bovine TB and other infections can easily spread.

The open letter outlines why the Government’s response has been wholly inadequate, and why a total ban on the feeding of products from fallen livestock is vital. They have also called for a nationwide moratorium on the running of hounds by hunts, at least until it can clearly be shown that hunting hounds are free of bovine TB and no longer present a risk.

DEFRA continues to licence the killing of thousands of badgers in its efforts to control bovine TB in cattle despite no clear basis for its effectiveness. At the same time, it is failing to deal with sources of infection for which there is good evidence, raising concerns that policy is being formulated to favour a small number of influential people within the hunting and landowning fraternity.

Born Free opposes hunting with hounds and the culling of badgers, and has long called for a thorough and transparent re-examination of DEFRA’s bovine TB control policy. 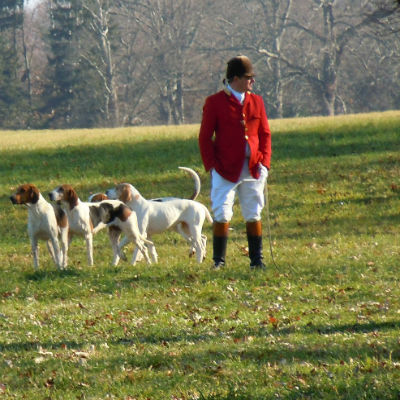