It’s hard to imagine the shock of walking from room to room of a decrepit building, coming across the sight and smell of the grisly remains of countless wild animals. This is what law enforcement officials in the Czech Republic experienced last week, during one of 10 raids conducted in and around Prague.

Images released of the operation, coming after more than a year of gathering evidence against Czech and Vietnamese nationals engaged in illegally tiger trading, are nightmarish: a recently killed tiger lying on the floor, its paw propped up with a piece of wood, shot through the eye to keep its skin intact; a bath caked with brown stains and fur; bones and half rotten bodies strewn on blood splattered floors; a chest freezer and other containers with often unrecognisable remains of heads and other body parts from multiple animals; a poorly-prepared tiger skin crunched up in a corner; chunks of tiger meat cooking on a portable gas stove, on its way to becoming tiger ‘glue’… but also a kitchen, electric heaters and beds.

This was a full-time live-in processing facility where the bodies of once regal tigers and other wild animals were dismembered and turned into bones and blood for ‘medicinal’ remedies and skins for dubious décor.

An undisclosed number of tiger bones, claws and skins, dozens of other dead animals and the equivalent of more than £60,000 ($80,000) were recovered. Police arrested three men – two Czech nationals including a tiger breeder closely linked to two zoos and a circus, and a Vietnamese national who arranged distribution and co-ordinated the operation. They face a possible six-month to five-year prison sentence.

Information is still emerging but it seems the tiger breeder has another 40 tigers as well as 88 lions, and was the supplier of the butchered tigers. Once they’d grown too big for use in photo ‘opportunities’ at the zoos, or were too old for the circus, the tigers were put to yet another commercial use - one which involved their death.

One other raided location was ‘Little Hanoi’, a large market complex on the outskirts of Prague, where two outlets were searched. It seems there were strong grounds for believing that some of the parts and products from the tigers and other wildlife were destined for customers within the country, as well as further afield. The Czech Republic is home to the second-largest Vietnamese community in Europe.

Tiger ‘farms’ and trade, which stimulate poaching of wild tigers, are normally associated with Asia, but as Pavla Rihova of the Czech Environmental Inspectorate said after the raids: “We have been warning for several years that illegal trade in tiger products is really serious problem also in Europe not only in Asia. There are many tigers in captivity in Europe, lack of overview who holds them and where, strange high mortality, missing dead bodies, small cubs for cuddling...”

Dr Chris Draper, Head of Animal Welfare and Captivity for Born Free, said: “This case has exposed a brutal and barbaric practice, linking the zoo and circus industries in Europe to the illegal trade in wild animal products. It is sickening to think that big cats, already abused for human entertainment when cubs and then in the circus, faced being cruelly and callously put to death to fulfil a demand for their body parts. Wild animals who have the misfortune to find themselves in captivity in Europe at least deserve protection from this appalling fate, and we are calling on national authorities across the region to take this threat seriously in light of recent discoveries.” 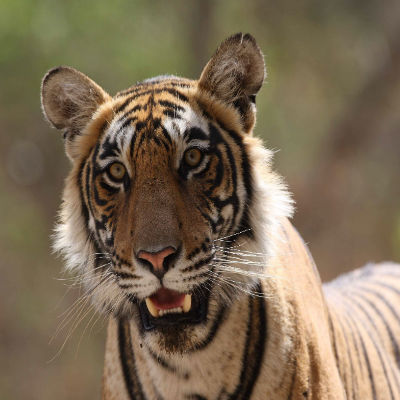