The prospect of American trophy hunters returning to Africa with elephants in their sights increased markedly with the news that the US Fish and Wildlife Service has overturned Obama-era decisions that prevented import permits being issued for elephant trophies from Zimbabwe and Zambia. In future the Service has decided that it will be considering applications on a ‘case by case basis’.

When the prospect of the Obama administration’s ban on elephant trophy imports from Zimbabwe and Zambia being overturned was first raised back in November 2017, President Trump described elephant hunting as a ‘horror show’, questioned where the money paid by hunters ends up, and suggested that he would continue to enforce the ban. 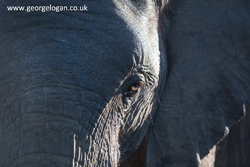 The latest announcement seems to indicate a change of direction by the administration, and reflects the powerful influence of sport hunting organisations in the United States. Secretary of the Interior Ryan Zinke, and Greg Sheenan, the current head of the Fisheries and Wildlife Service that has responsibility for issuing import permits for wildlife trophies, are both reported to be keen hunters and supporters of the trophy hunting industry. The Interior Department recently established an ‘International Wildlife Conservation Council’ comprised entirely of hunting proponents, with a remit to advise the Secretary of the Interior on the ‘conservation, wildlife law enforcement, and economic benefits that result from U.S. citizens traveling abroad to hunt.’

The move potentially paves the way for American trophy hunters to resume the slaughter of large numbers of elephants for fun in Zimbabwe, Zambia and other African countries, with devastating consequences for individual elephants and their family groups.

Born Free’s Founder and President Will Travers OBE said: “Trophy hunting is a cruel and abhorrent activity which kills magnificent animals, devastates animal families and groups, and delivers no credible or significant benefits to wildlife conservation or local communities. At a time when Africa’s elephants are in serious decline as a result of habitat loss, conflict with people and catastrophic levels of ivory poaching, the last thing they need to contend with is wealthy Westerners with nothing better to do with their money than gun them down in the name of sport. President Trump was absolutely right to describe trophy hunting as a “horror show”. It is clear that he takes a moral view of a practice that the great majority of people utterly reject. We implore him to overrule this announcement and permanently ban the import of trophies from elephants and other threatened wild animals with immediate effect.”

Born Free is opposed to the killing of any animal for sport or pleasure. The debate around this deeply controversial activity can be challenged on a number of levels – financial, sustainability, employment, development – but ultimately it is a moral decision: whether to take the life of a living creature ‘for fun’. Born Free contends that this simply cannot be acceptable.