Reacting to the news that the Zambian government has given the green light to the 'on-off' cull of 1,250 hippos in the Luangwa Valley, Born Free’s CEO, Howard Jones, said:

“The Zambian government and the Department of National Parks and Wildlife have consistently failed to produce a shred of scientific evidence that there is an overpopulation of hippos in the Luangwa River and that the hippos are causing irreversible environmental damage – the key reasons the Zambian government is now giving as the rationale for this controversial cull.

“The contract for the cull, awarded to Mabwe Adventures, is also shrouded in controversy. Not only does the contract breach the transparent, open tendering process required for the procurement of such services, but Mabwe sub-contracted the cull to a safari outfitter in South Africa, Umlilo Safaris, that has been openly selling the opportunity to kill hippos in Luangwa, to fee-paying trophy hunters.

“This cull has nothing to do with animal management or conservation, and everything to do with money. In September, the UK, Ireland, Finland, Norway and Sweden all suspended aid to Zambia because of alleged corruption in its administration.

"The US Ambassador to Zambia, Daniel Foote, has reported that this move by the Zambian government may make it difficult, if not impossible, for him to attract investment that can help the country’s conservation sector. Born Free is requesting clarification on the position of the FCO and British High Commission on this same issue." 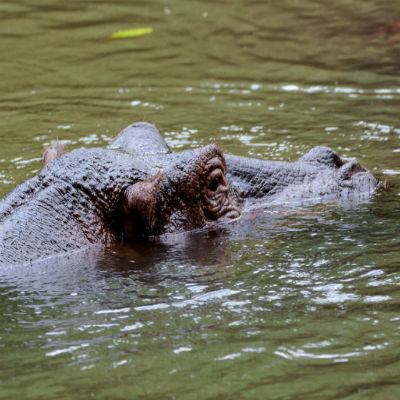